The Private Banker International Global Wealth Summit and Awards, now in its 30th year, announced its winners for 2020.

There were a large variety of global winners, including Emirates NBD, Julius Baer, Maybank, DBS, RBC and also BNP Paribas.

The People Awards were dominated by DBS as 21 individuals from the firm were awarded recognition.

The full list of winners can be seen below. 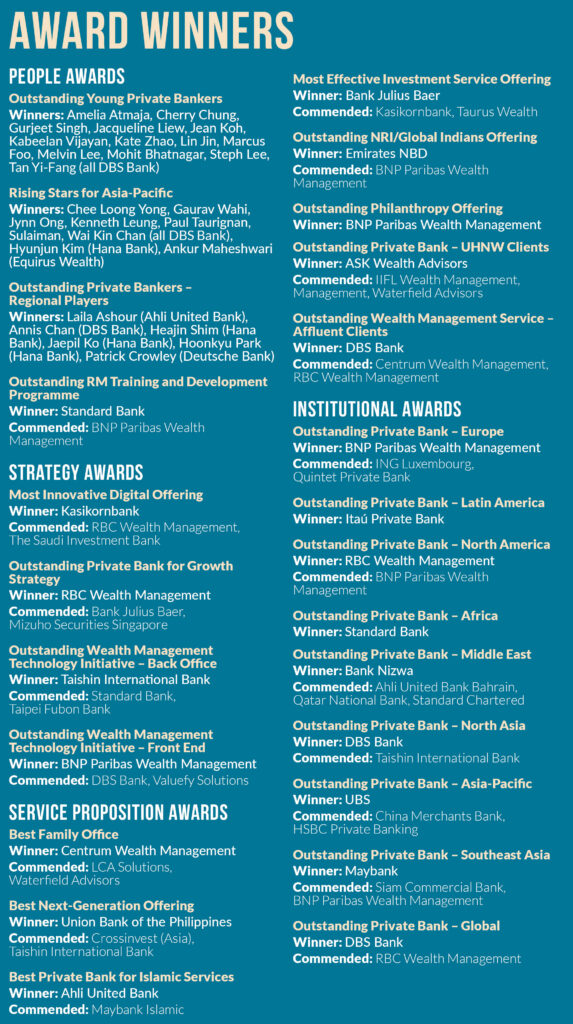