Following HSBC’s announcement in late February that it intends to wind up its retail banking operations in the US and France, Citibank has come out with a similar strategy in its latest earnings report. The new CEO, Jane Fraser, wasted no time in announcing that Citibank would be exiting retail operations in 13 countries across Asia and Europe, including China and India. This isn’t the first time retail has taken a hit and wealth management has stepped up.

While retreating from their international footprints, retail operations in both banks’ home markets will remain a priority. Despite this, Fraser has stated that Citibank will now focus on its more lucrative wealth management business. There are three key reasons behind the increasing tendency for banks to move away from retail banking and double down on wealth.

Across the board retail banks are being disrupted. Small, digitally-native fintechs are able to eat away at specific consumer segments, pulling incumbents’ customers onto their own platforms. This has been helped by the pandemic. One of the major selling points of a traditional bank over a fintech has been access to a physical branch where you can speak to real people who are there to help you. 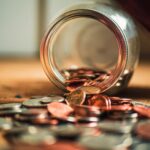 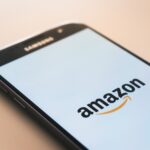 However, since COVID has forced people to stay away from branches, more people are getting used to banking exclusively online. In contrast, digital innovation in wealth management is not having the same impact. Most digital innovations in banking currently focus on enhancing the user experience, but wealth management is much more relationship focussed, making it less susceptible to disruption. Whilst there is digitalisation taking place in terms of the use of robo-advice, this is again targeted towards the mass market rather than at high net worth (HNW) clients.

Wealth is more differentiated than retail

Unlike wealth management, retail banking is an oversaturated market. There are dozens of banks in each country, all targeting the same audience’s savings. This makes it hard to differentiate yourself as a bank. Differentiation in this market is being driven by fintechs who have to enter the market with a more specific value proposition, as opposed to incumbents who rely on scale and reputation.

In wealth management there are more tailored offerings and providers are generally targeting HNW individuals as opposed to the mass market. This goes hand in hand with there being fewer providers, reducing competition in the market.

In the UK, the official bank rate has not exceeded 1% since February 2009. Compare this to the S&P 500, which has risen more than five-fold in the same period from 805 to over 4,000 (as of April 2021). This shows that it makes more sense for banks to allocate their resources and time into their much more lucrative wealth businesses than contend with 0-1% interest rates on the retail side. It just makes sense.

Overall, it is clear that banks are becoming more attracted to exiting their retail businesses in favour of wealth management, where there is less digital disruption, they are more protected from competition, and they are able to benefit from huge market gains, rather than attempting to profit from providing cheap finance, which can only be achieved from huge scale, and low costs.