As per GlobalData’s ranking, Goldman Sachs achieved first place in terms of deal value by advising on six deals worth $5.8bn – the highest value among all advisers studied.

Itau Unibanco led in terms of volume having advised on eight deals worth $2.3bn. 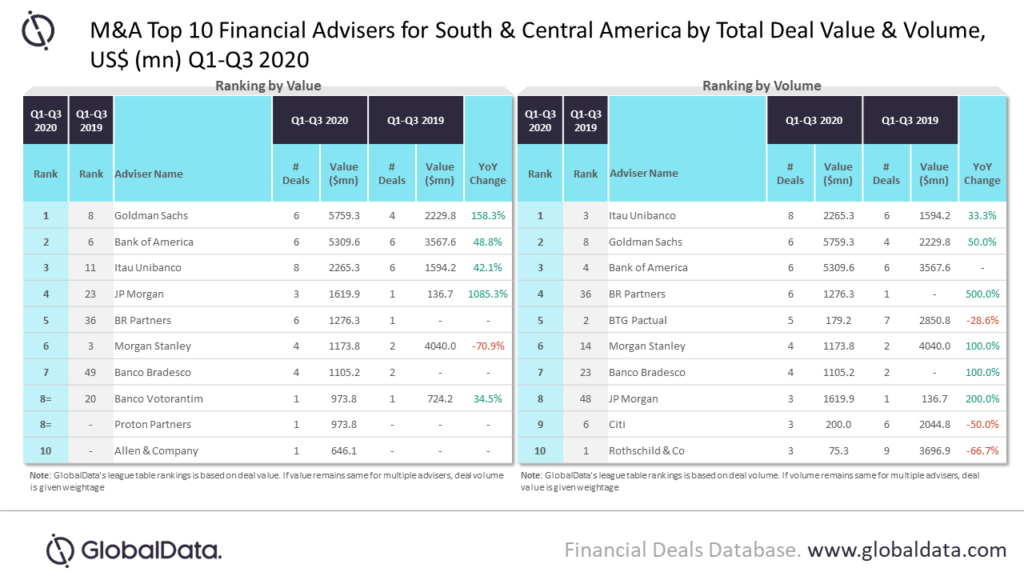