Blockchain use can save lives, build smart cities and boost data privacy. But before it can do any of that, it has to step out the shadow of dodgy cryptocurrencies and multi-million digital art deals.

Blockchains keep confounding tech-watchers. In a way, blockchain use is bigger than ever before. At the same time, it is as underrated and misunderstood as it was in 2008 when the mysterious Satoshi Nakamoto published their groundbreaking paper on bitcoin, kicking off the cryptocurrency revolution. The use of non-fungible tokens, or NFTs, has only intensified matters this new decade.

A digital certificate of authenticity that can be verified on a blockchain, NFT tech has been used to transform GIFs and viral videos into a one-of-a-kind item belonging to an exclusive party. One GlobalData report on blockchain goes as far as to say the hype around NFTs “is out of proportion,” reminding that NFT copyright and patent infringement remain “in their infancy, and the implications are unclear.”

Stopping any kind of sober, nuanced assessment on the use of blockchain include an almost cultish devotion to cryptocurrencies, meme-worthy coins and simple tweets which can make or break a currency, usually by Tesla founder Elon Musk. However, blockchain use is about more than that.

Both NFTs and cryptocurrencies rely on distributed ledger technology (DLT) of which blockchain is a subset. Blockchain commonly involves the use of public key encryption and hashing, cryptographic tools which prevent third parties from viewing or tampering with private data. Bought a tweet for almost $3m? Then your proof of ownership is theoretically locked up safe as can be.

Blockchain doesn’t simply keep the rest of the internet’s grubby paws off of the digitally ethereal. A method of storing information, the tech offers a digital ledger of transactions that is decentralised. This means that no central authority or intermediary – like a government or bank – will validate a transaction.

DLTs keep the key out of others’ hands for one participant only. And as ledger uses around the world are proving, we are more valuable than the most overpriced NFT around, with a worth that can perhaps be more fairly weighted on the blockchain.

Blockchain can save lives

Sometimes keys need to be handed to others, at least in the physical sense. Access can save lives and, perhaps, blockchain too, argues Szymon Fiedorowicz, CEO and co-founder of SmartKey.

Borne out of Poland, the SmartKey platform aims to be a secure and universal communication standard for tools in Polish smart cities. Through blockchain, the tech allows citizens to easily control smart city functions such as smart bikes, water meters and entry barriers from their device.

The tech itself came about from a “dumb” rooted problem which was putting city dweller lives in danger, as Fiedorowicz explains to Verdict.

“The initial pilot project in Olsztyn, Poland solves a clear and present problem in many Polish cities: the use of entry barriers in many districts which hinders rescue services in case of emergency.

“In emergency situations, seconds matter and so by giving the emergency services access to SmartKey technology they are able to open any barrier or secure building in the city without having to track down a keyholder or seek permission. This can literally save lives.

“It is a dramatic use case,” Fiedorowicz continues, “but also shows how it could be applied to more mundane everyday situations such as granting access to taxi drivers or delivery companies for a specific time before removing the permissions to ensure security.”

The blockchain use here goes beyond safeguarding a few pretty pennies and art investments. Fiedorowicz tells of his frustration in that the ideal vision of the smart city of the future couldn’t be fully realised without a universal communication standard. A standard is needed to enable all stakeholders in a city, from utilities and government to consumers and more, to share data without compromising security and commercial advantage.

With the advent of blockchain Fiedorowicz felt he’d found the key to removing this barrier, using technology secure and anonymous by design to efficiently bring together sources of big data.

“It also creates a connective tissue which the smart cities of the future can be built on, so new implementations such as using weather data to control building temperature can integrate seamlessly within the same infrastructure.” 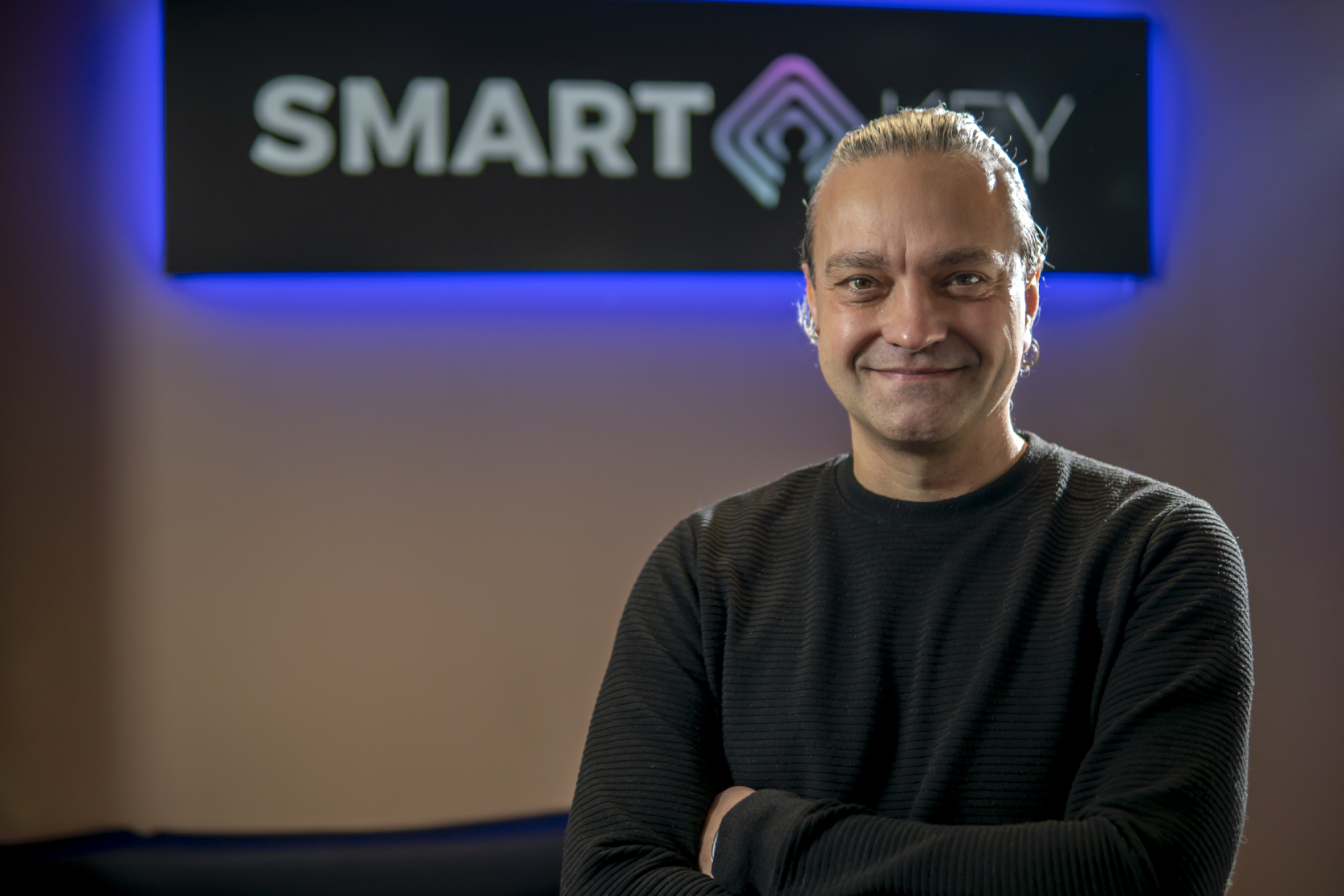 A smarter kind of citizen

Smarter cities make for smarter kinds of citizens. Blockchain though can redefine what a citizen means in the 21st century.

The EU is already piloting projects relating to self-sovereign identity (SSI), a decentralised approach to digital identity that gives individuals control of their digital identities and data.

Using blockchain, citizens can create and manage digital identities that provide greater privacy and control of data using a decentralized identifier (DID). Users sign-up to an SSI and data platform to create and register a DID, gaining a pair of encrypted private and public keys which are then used to prove or control an identity. Creating more than one DID is possible to avoid correlation, and can be presented in more than one form (QR codes or tokens, for example) when opening bank accounts, travelling or even voting in elections.

Fiedorowicz though feels a blockchain linking all the smart aspects of augmenting cities remains rare, with other examples, in his view, limited to a particular ecosystem or brand.

“SmartKey’s vision is more democratic. We want to be a connective tissue that connects all smart city initiatives and turn it from a collection of cool projects into a proper infrastructure limited only by what our imagination can conceive,” the CEO says boldly.

There is already bold backing behind his platform, with Orange providing an internet of things (IoT) platform to power the SmartKey card, described as the first ever Blockchain of Things SIM card. The smarter cities get with more digitally self-sovereign citizens like in Korea, it’s conceivable the more the market will expand for offerings such as SmartKey’s.

Nevada may one day be home to a city built on the blockchain, for example. Phnom Penh may become home to another courtesy of Singaporean startup Limestone Network. Singapore itself is planning to transform one of its districts with the help of China’s Wanxiang Blockchain. 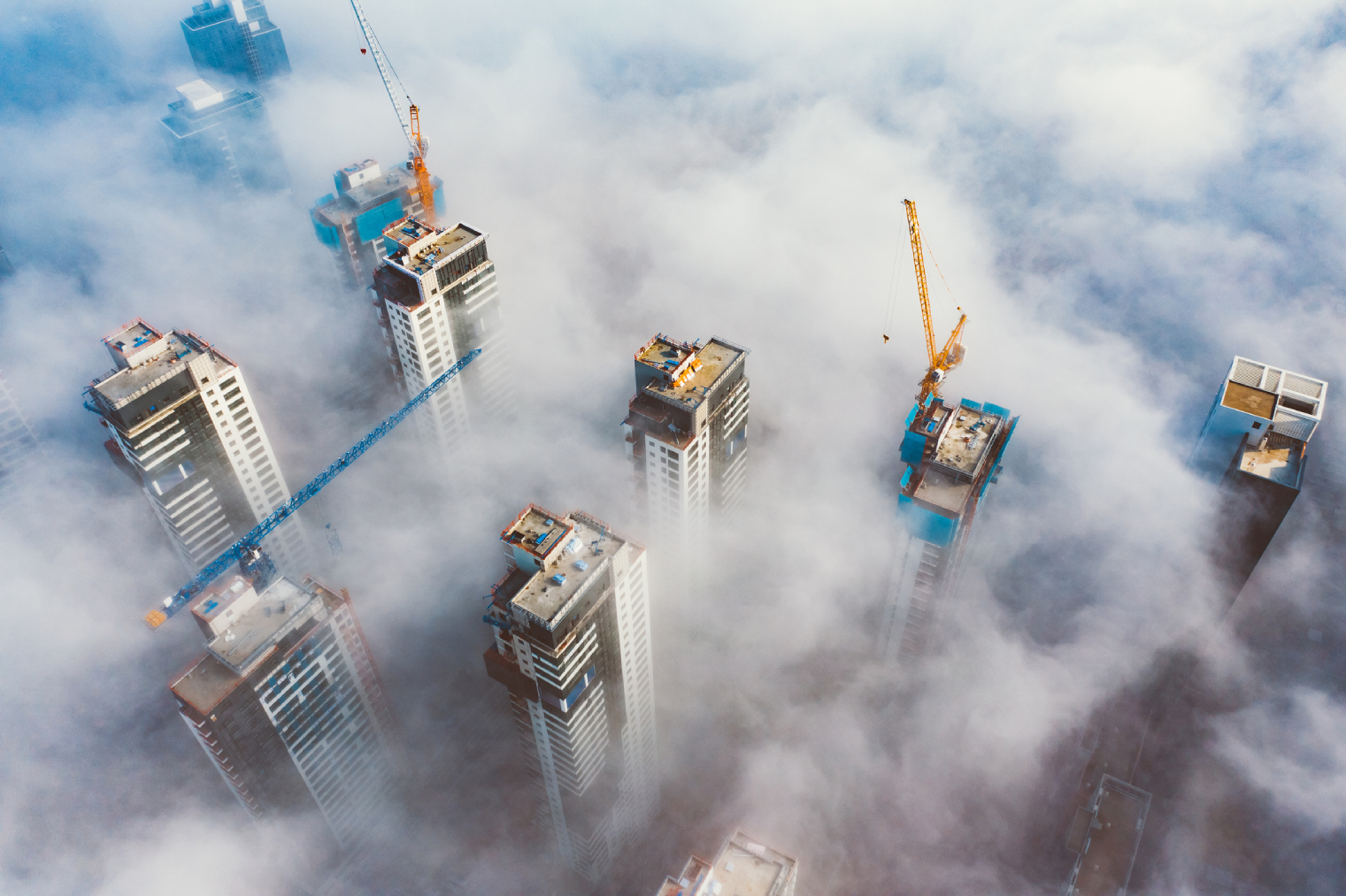 Blockchain use in Asia

East and South East Asia (SEA) therefore seem to be hot spots for the blockchain. Gaurang Torvekar, CEO and co-founder of Indorse, picks out the majority of SEA blockchain startups as being located in Singapore, where he is sometimes based, followed by Indonesia and Malaysia.

“The Singapore regulator, MAS, has been at the forefront of innovation, having finished five phases of Project Ubin, which used blockchain technology for inter-bank settlements, amongst other things,” says Torvekar.

“[The Singaporean government] itself has been heavily promoting and supporting the development of technical talent, incentivising deep-tech startups, universities, polytechnic schools and other ecosystem partners to train and upskill their citizens.

“The government also has sensible regulations which don’t stifle innovation, while at the same time safeguard its citizens.”

This is a different picture from what Torvekar sees in his other base of the UK, which he says is “not as favoured amongst nascent blockchain startups because of the relatively cautious attitude by banks towards these companies.

“Historically, it has been difficult to even open a bank account for a startup that has got to do anything with cryptocurrencies.”

Capitalising on this is somewhere famous for being a regulatory haven like Singapore, and perhaps a little less known for digital innovation and smart urban living. 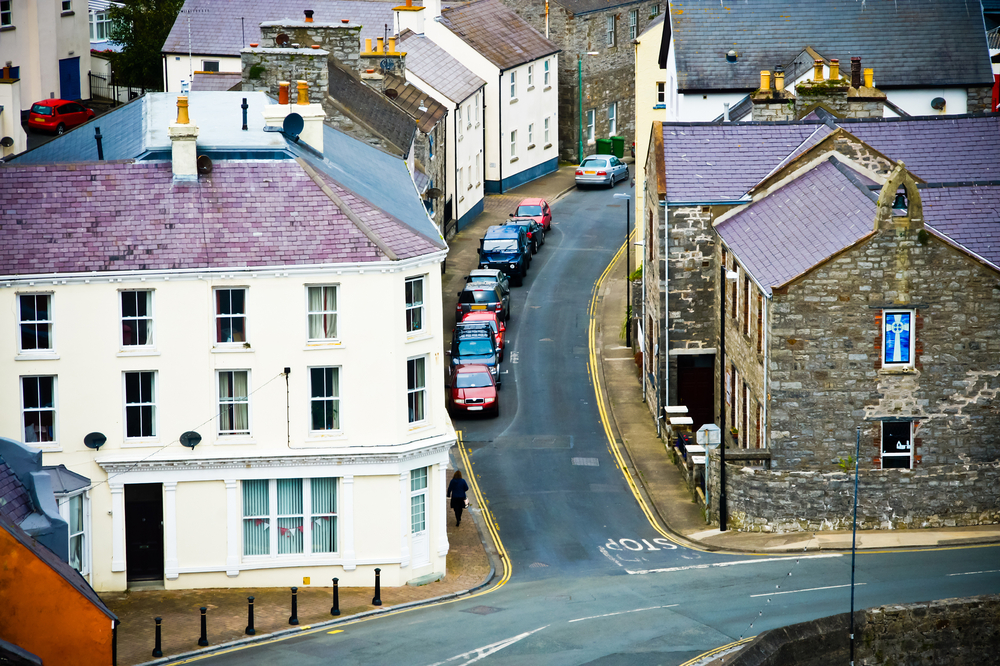 Spanning 572 square kilometres with a population under 85,000, the Isle of Man has always punched above its weight through its tax attractiveness compared to the Crown mainland of the UK. The island is hoping to parlay some of that attraction towards blockchain companies struggling with UK regulations.

This is being done through tech initiative Digital Isle of Man, which, aside from cryptocurrency startups, has attracted DLT businesses working in green tech, education and agriculture to the territory.

“We’ve stepped away from IPO raising and chasing exchanges, and are looking for more interesting use cases rather than just more of the same,” says Lyle Wraxall, Digital Isle of Man CEO, although he admits anything off the well-beaten cryptocoin track can struggle with capital raising.

“For some of these more societal use cases for blockchain, it’s challenging to bring in the capital, to engage the stakeholders, to actually agree the right way forward and then to bend policy and legislation to your will to make that happen.

“With being a small jurisdiction, we can change our legislative framework for the right businesses. But you have to have really solid requirements and very clear aims to make anybody do that. Some of these businesses, they’ve pivoted multiple times and completely changed identity, their purpose, their objective and pretty much most of their staff.”

Wraxall notes that blockchain players can be “unclear” on their objectives, and this isn’t simply limited to younger leaders with less experience pushing DLTs.

“We have some very seasoned, very well-established people who’ve also flip-flopped on their key objectives,” he tells Verdict.

For now, the island is a haven more for cryptocurrency exchanges than DLTs which can change the world or empower citizens. But it hasn’t even been three years since the project has started, and Wraxall’s vision for the Isle of Man is in no way stymied.

“When it comes to things like power usage, if we can start encouraging people to create their own power, we do need to have a better view of how that’s being done: how it’s bought and sold into the grid, and these prosumer models we see through smart contracts and blockchain fit that very, very well,” Wraxall envisions.

“If we can start encouraging people to create their own power, we need to have a better view of how it’s bought and sold into the grid, and blockchain fits that very well.”

“Given the size of our island, we probably have more than our fair share of electric vehicles because they make a lot of sense, so what you end up with is not just the ability of people to generate electricity in the house, but essentially to store it and release it at a particular time.

“That’s really where the prosumer model becomes very interesting, and we’ve already got some use cases on the island of people generating their own electricity, using predictive technology around weather patterns to decide how much to store and how much to sell back to the grid.

“DLT can really take that to a far more interesting level from a societal perspective.”

Away from the skyscrapers of Asia and Blockchain of Things cities, the true power of blockchain may actually be revealed by a humble isle in the Irish Sea, and while no man is an island, they can stand unique in the chain and above centralised powers, all via distributed ledger technology.

View All
View All
Uncategorized

Dubai’s capital current: What it means for hedge funds