Interest rates are up once again in the UK to try and combat the cost of living and inflation spikes. The crisis in Ukraine is also predicted to increase costs. Patrick Brusnahan asks the experts on how markets are set to react

The Bank of England has raised interest from 0.5% to 0.75%, the third rise in interest in four months. However, it is predicted inflation could hit as high as 8%. Can any rise in interest ever really combat this increase in inflation in the UK?

The Bank of England rate hike was widely expected. The third rise in a row takes the Bank Rate back to where it was prior to the pandemic, still a low level. This hike follows the Fed’s move, which has also started to hike and plans several rate increases this year.

With UK inflation set to hit 8% by the end of next quarter, monetary policy normalisation, and indeed a degree of tightening, is warranted. However, we expect less rate hikes versus market pricing, as we see downside risks to growth, not least due to Russia’s invasion of Ukraine and its knock-on effect on commodity prices, supply chains and confidence. 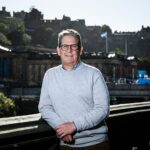 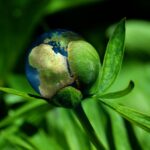 While rate hikes do mitigate the risk that firms and workers come to expect high inflation as a new regime, therefore adjusting prices and wage demands accordingly and triggering a self-fulfilling spiral, we detect some caution on future Bank Rate increases.

The Fed was more hawkish than expected. But the Bank of England appears to be more concerned about geopolitical uncertainty and potential downside risks to growth. These risks aren’t as big as in the euro area, which is more exported to Russia and Ukraine, especially from an energy point of view. But they’re big enough so that the Bank, in the near term, is likely to move more slowly than investors expect, to avoid adding to the downside and boosting uncertainty further.

As expected, the Bank of England has hiked interest rates by 25 basis points. Although, with one member calling for rates to be left on hold, this will be interpreted as a dovish hike. Sterling fell following the decision.

The minutes highlight the ongoing inflationary pressures facing the UK economy and the tight labour market. Given this backdrop, we expect the Bank to hike rates again at its next meeting in May, taking base rates to the 1% mark. As things stand, there is a risk that they may go beyond this, with further increases in the second half of the year. However, the effect of any changes to rates will not be felt on the economy for a number of months, and will do little to reverse surging energy prices which will have a greater bearing on the economic outlook for now.

Sterling has been under pressure since the outbreak of the war in Ukraine, which has seen it tumble to the low 1.30s against the US dollar. In our view, with the Bank of England likely to deliver further hikes in the coming months, we expect sterling to recover as the year progresses and still look for the pound to finish the year higher than where it currently sits.

The Bank of England increased interest rates by 0.25 basis points to 0.75% at their March monetary policy meeting. An 8-1 majority voted in favour of the 25 basis points increase, with one member preferring to hold rates at 0.5%. This decision was consistent with market expectations and marked the third rate rise in as many meetings. Interest rates are now back to their pre-pandemic level.

The Bank of England faces a difficult balancing act. On one side, it’s trying to support UK growth as the economy recovers from the pandemic. But on the other side, it’s trying to prevent above-target inflation from running away and becoming embedded within expectations. The decision shows that the Bank favours acting now to keep inflation expectations under control.

In our view, there are two main reasons underpinning this decision. First, the UK labour market is showing increasing signs of tightness. This week’s jobs report showed the unemployment rate had fallen to its pre-Covid level of 3.9%, while job vacancies reached record highs of 1.3 million.

However, these data points do not provide the full picture. This tightness has been exacerbated by workers leaving the UK labour force over the last two years. Total employment and total hours worked remain below pre-pandemic levels, which indicates that people have left the workforce, with many entering early retirement. An increasingly tight labour market could force firms to increase wages as they compete for labour, which risks even higher inflation.

Second, elevated energy prices were already concerning the Bank, and the war in Ukraine means that prices are likely to be even higher than forecast in February. In the past, the Bank has tended to ‘look through’ energy price shocks because higher interest rates can worsen the negative growth impact of higher energy prices. But for now, it seems that the Monetary Policy Committee (MPC) is more concerned about getting inflation under control.

Looking forward, we expect small policy adjustments as the MPC monitors the latest data coming from the labour and energy markets. Money markets now expect interest rates to hit 2% by the end of 2022.

A third consecutive rate hike since December puts consumers in a challenging position. People are already feeling the effects of record inflation levels and a heightened cost of living, and it will take some time for the benefits of increased interest rates to begin the domino effect and calm inflation.

Worryingly, the current inflationary spike is mostly driven by global supply constraints and price pressures, so higher rates will do little to curb further price rises. People will receive a greater return on their savings but could see rates on any loans or mortgages increase.

What’s vital is for people to feel empowered and in control of their money. Being able to have a full view of your budgets and spending, across multiple accounts, will go a long way in empowering people to feel financially confident.

The Bank of England has increased interest rates by 0.25% to 0.75%. Higher interest rates were expected by the market as inflation continues to hit multi-decade highs and the Bank feels it needs to show that it’s serious about the threat of inflation. The current conflict in Ukraine is likely to put further upward pressure on the rate of inflation and this is expected to be one of many interest rate increases during 2022. The Bank has a difficult balancing act though as the current cost of living crisis combined with higher interest rates and higher taxes means that the growth outlook for the UK is gloomier than it has been since the dark days of Covid. The Bank will need to tread carefully and not raise rates too quickly or too aggressively otherwise they risk tipping the economy into a recession or a lower growth environment. The inflation continues to be largely supply driven and interest rate increases are not going to assist with these contributory factors to inflation. 2022 will likely be a pivotal year for monetary policy and the risks of a misstep.