US financial firms including Fidelity and Morgan Stanley are reportedly moving to put a hold on their return to office plans amid an increase in the number of Covid-19 cases in the country.

Morgan Stanley CEO James Gorman told CNBC in an interview that he expects Covid-19 to be an issue through most of 2022. 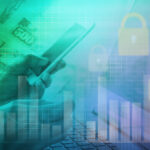 Previously, the firm has advised its workforce to return to office by the year-end and more than half of its employees have been working from its headquarters in New York.

According to Gorman, about 65% of vaccinated employees came back to work at the New York office while 95% of employees got vaccinated to date.

Gorman was quoted as saying: “I think we’ll still be in it through most of next year.

“Everybody’s still finding their way and then you get the omicron variant, who knows, we’ll have pi, we’ll have theta and epsilon, and we’ll eventually run out letters of the alphabet. It’s continuing to be an issue.”

According to the US Centers for Disease Control and Prevention (CDC), Covid-19 hospitalisations in New York city reached their highest peak this month since this April.

The US also reported cases related to the new Omicron variant in many of the states in the last week.