When, last week, Credit Suisse’s former head of wealth management, Iqbal Khan, found he was being followed through Zurich by private investigators, it sounded much like the plotline of a Swiss banking thriller.

Except it was not. Khan has filed a criminal complaint with the Zurich attorney’s office and Credit Suisse has said it will investigate claims that it had Iqbal Khan tailed.

But such is the blurred line between fiction and reality in Swiss banking, that a new novel, described as “the world’s first novel based around the Swiss private banking world,” seems worryingly close to the truth. 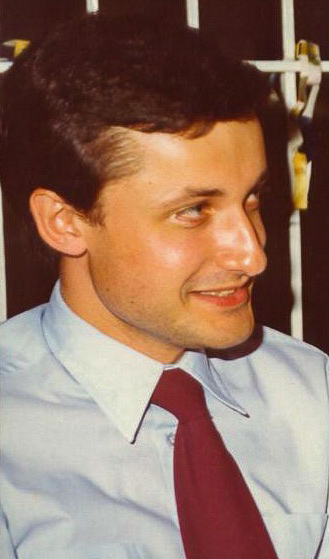 The Banker Who Died is the debut novel of Matthew A. Carter, himself a veteran of the Zurich banking scene. And it brings some rock-and-roll into an industry often perceived as stagnant and dry (drugs and prostitutes feature prominently).

However, it also paints a picture of an industry deep in corrupt and poor ethical practises.

“A principled banker is a nonsensical creature”, says the head of Laville & Cie, a fictional family-run Geneva private bank, which could be based on any number of the Swiss city’s centuries-old firms.

Within Laville’s fictional vaults lay Russian diamonds and Congolese Gold, something else that sits uncomfortably close to the truth. In 2007 Switzerland said that it would finally release funds belonging to the late Congolese dictator, Mobutu Sese Seko. More recently Swiss banks have been under pressure to freeze accounts belonging to Russian individuals subject to US and EU sanctions.

But it is the rationale for these dubious banking practices that come across most vividly in Carter’s novel. His characters acknowledge that the days of the small and secretive Swiss bank are limited. Common Reporting Standards (CRS) and other data-sharing agreements have curtailed their secrecy. Add to that increased operating costs and suddenly their business models become unviable. “A look at revenues and operating costs shows that gross profits have fallen by more than 30% since the record breaking year of 2007, especially at small wealth management banks,” says a recent report from PwC. The consultancy expects the overall number of Swiss private banks to fall from 130 to 100 in the next few years.

“The gnomes of Zurich are just going along, thinking that their century-long banking party will just continue forever. But no! The party has been over for a long time, and nobody wants Switzerland without banking secrecy,” says one of Carter’s fictional private bankers. They have 10, maybe 20 years left, going by this account.

With the clock ticking, Laville’s bankers are squeezing “as much money as possible from these stupid wooden Pinocchios”. Hence the dubious banking practices that make up the plot of this book, woven between Russian oligarchy and the billionaire party scene.

But this leaves the reader wondering: Where does the line between fiction and reality lay here? Are Swiss private banks maximizing their short-term income, aware that their party will soon be over?

With a fictional chase through the streets of Zurich between a private banker and private security, the novel catches up with current-day realities in the Swiss banking world. Small wonder Swiss bankers continually crop up in thrillers.