Switzerland started the automatic exchange of data on account holders one year ago in October, officially marking the end of Swiss banking secrecy. One year on, Oliver Williams analyses the health of the industry.

One year ago, the Federal Tax Administration (FTA), the Swiss tax agency, officially started exchanging bank account data with tax authorities in other countries for the first time.

This marked the official ending of Swiss banking secrecy, one of the industry’s historic hallmarks and the main reason for its success. For years Switzerland was seen as a (landlocked) island of alpine calm that secretly looked after troubled treasures.

However, the ending of Swiss secrecy has been a long time coming and banks have spent the intervening time re-inventing themselves. 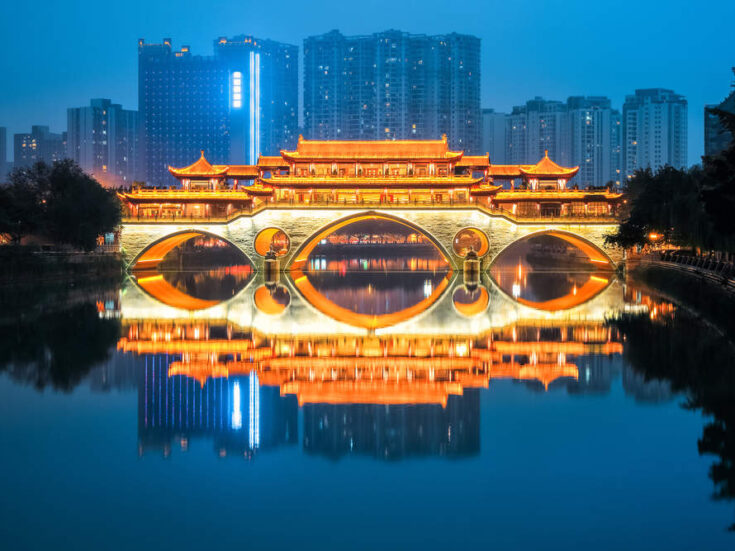 China and US drive growth in global wealth despite trade war

One year on, PBI asks if the Swiss bank of today can still appeal on the international stage?

Brazilian HNWIs once came to Switzerland in droves. Escaping volatility at home, many would be drawn by the appeal of a Swiss bank account.

“Switzerland was preferred many times over the US,” Carlos Albertotti, head of sales at Itaú Private Bank, says of the two preferred offshore banking destinations.

“Post the ending of confidentially, it became very similar between the US and Switzerland”. Most now favour the US over Switzerland when it comes to offshore banking, Albertotti says. 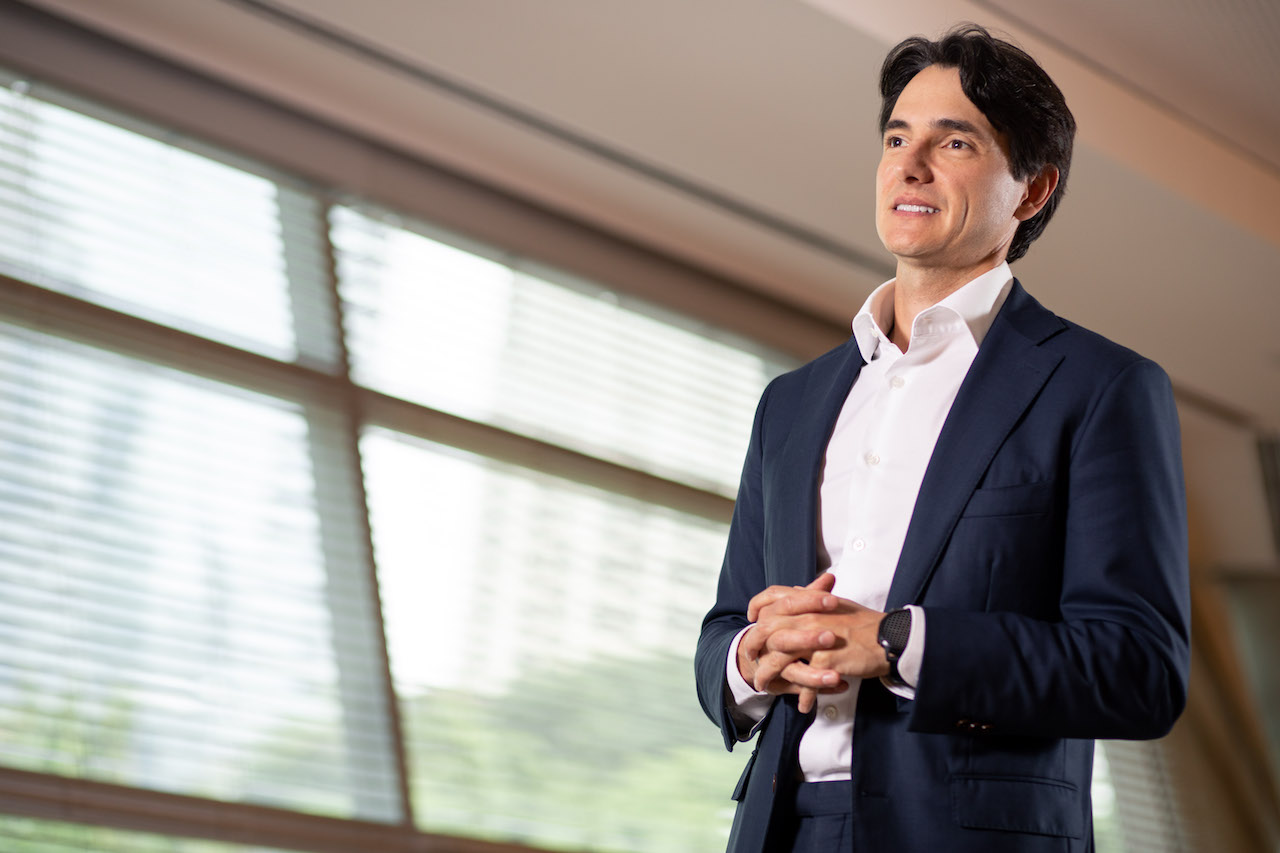 If Brazilian HNWIs, who sought stability and discretion in a land thousands of miles from their home, no longer see the value in Swiss banking, then, it can be assumed, others feel the same.

Swiss banking without secrecy means that wealth held in a Swiss bank account is no longer hidden from authorities at home. While most foreign banking clients opened accounts for perfectly legitimate reasons, many did not.

In February this year, UBS was landed with a $4.5 billion fine for helping French clients do the same, though the Swiss bank is now appealing the ruling.

Also in February, Julius Baer, another Swiss private bank, paid $547m to settle a separate tax evasion case in US.

It is not just tax evasion that Swiss banking secrecy hid from view, but wealth gained from political office as well. Swiss banks have recently agreed to return funds confiscated from former rulers of Nigeria and the Democratic Republic of Congo (DRC). Last month, Swiss authorities auctioned off a collection of supercars seized from Teodorin Nguema Obiang, son of the President of Equatorial Guinea, for $27m.

In the UK, a hearing of the first Unexplained Wealth Order (UWO) against Zamira Hajiyeva included evidence of a Swiss bank account with deposited funds “in excess of £1 million”. UWOs were introduced last year to investigate wealth or assets that might have ties to criminal or political connections.

While banking political wealth was and often still is a legal practise (subject to ever tighter anti-money laundering regulations), the ending of banking secrecy means that authorities are now able to investigate political embezzlement and corruption across international borders.

As Swiss banks are dragged through courtrooms along with their reputations, business has been slowly drying up.

Assets under management (AuM) at eight of the largest wealth managers in Switzerland peaked in 2017. Since then, every one of the eight has shown falls in their AuM (see table). While market volatility in the last quarter of 2018 takes much of the blame for this fall, other figures show a more sustained lapse.

Statistics released by the Swiss National Bank (SNB) in September show total foreign liquid assets held by Swiss private banks peaked in 2014. This has since dropped by 46% to CHF135,027.

The share price of the four of the eight banks listed (UBS, Credit Suisse, Julius Baer and EFG International), broadly follows this trend: Collectively their share prices peaked in 2015, and despite a brief revival in 2017, they have since slumped to five year lows.

Reports have not been optimistic either. McKinsey & Company takes a fairly dim view about the future of Swiss private banking in its recent report. PwC expects the sector to consolidate in the years ahead as smaller banks are unable to keep control of growing overheads. Already one such Geneva-based bank, Banque Profil de Gestion (BPDG), has issued a profit warning.

Swiss banks are part of the solution, not the problem, Cassis noted. He welcomed the involvement of Swiss finance as an export industry.

Most of the major Swiss banks have already spent the last decade exporting their financial services, mostly in Asia. However, with that market approaching saturation levels, many are now looking west.

Last year UBS announced that it was expanding again into the US UHNWI space. More recently Credit Suisse has muted an interest in reviving its US operations, having offloaded its US brokerage to Wells Fargo in 2015 (following charges of aiding US citizens to evade taxes, no less). Now it is planning a new Miami base, according to Bloomberg, with an aim to bring in $15bn from affluent Latin American HNWIs.

Credit Suisse already operates in Chile, where it had some of its bankers poached by Julius Baer last month. The latter has its own ambitions in the region. Others are making moves in Uruguay (Mirabaud and Bordier & Cie) and Brazil (Mirabaud and UBS).

Suddenly Brazilian, and other South American HNWIs, no longer need to go Switzerland to open an account. Swiss bank are now coming to them. 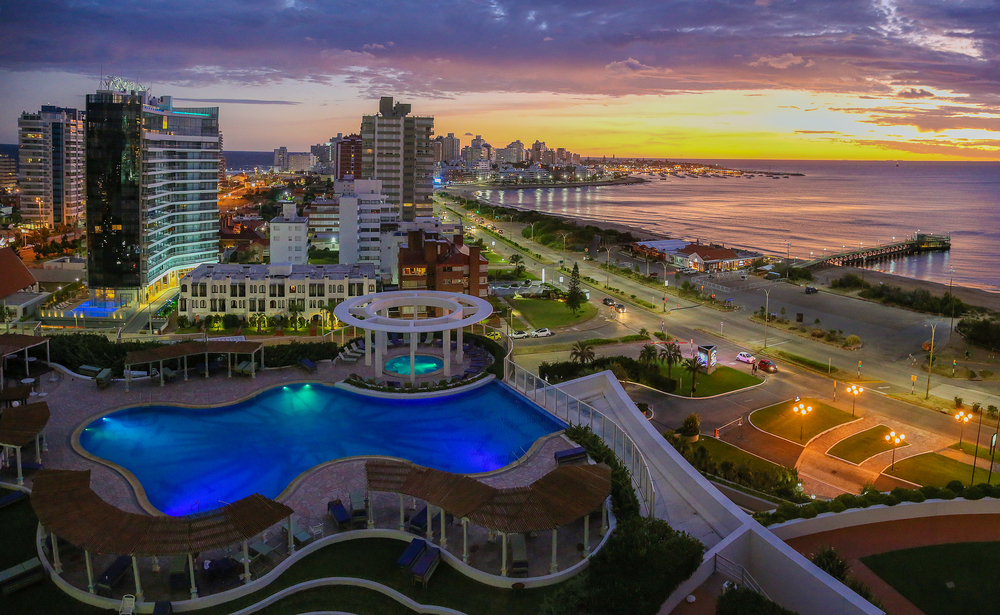 But while it might encourage foreign HNWIs to open a Swiss bank account if there is a branch on their doorstep, many still prefer to do things the old fashioned way.

Just as every previous global conflict or whisper of war has sent wealthy individuals in Switzerland’s direction, so today’s heightened global volatility might revive that tradition.

The demand for Swiss residency has steadily risen. When the Knight Frank Wealth Report asked wealth advisors last year where clients considering emigrating would most likely move to, the top five were, in order: the US, UK, Canada, Australia and Switzerland. When the same question was asked five years ago Switzerland did not make the cut.

Over these same five years the number of residency permits issued to non-Swiss individuals has increased by 12%, according to the latest figures from the Federal Statistical Office. Many of these have been given to applicants of the Swiss Residency Program, Switzerland’s residency-by-investment scheme that starts at $1 million.

“The international community still goes to Switzerland for one reason or another,” says Caroline Burkart, an associate partner at Aon (formally Scorpio Partnership), referring to global summits like the World Economic Forum held in Davos. “That helps promote Swiss banks.”

It is not just HNWIs coming to Switzerland and banking their money that helps banks though. Financial hubs like Zurich and Geneva draw in the type of talent that can manage these millions. “If you take away secrecy from Swiss banking you still have a country with first-class institutions. Among Switzerland’s financial community there is an extensive community of qualified individuals and advisors,” says Burkart.

This community will come into its own if other institutions and financial centres start suffering from heightened volatility. Hong Kong is one obvious example. In a recent survey by UBS, 55% of family offices say they are expecting a recession in 2020. Other surveys are similarly trepidatious.

In times like these Swiss banks can tout one of their other selling points, and one that is much older than secrecy: Stability. Switzerland’s banks have stood the test of time and more than a handful of recessions. This will help appeal to the next generation of HNWIs who open Swiss accounts for the sake of stability rather than secrecy.