The European Union (EU) has announced a ban on new investments across the Russian energy sector as part of its fourth package of sanctions on the country over its invasion of Ukraine.

Reuters reported that the ban will apply to the whole energy sector, excluding nuclear energy because some nations in the EU depend on technology from Moscow for their Russian nuclear reactors.

The EU also said that there will be some limited exceptions for some civil nuclear energy and the transport of certain energy products from Russia back to the EU.

The measures are expected to impact major Russian oil companies Rosneft, Transneft, and Gazprom Neft, although EU members will still be able to buy oil and gas from them. 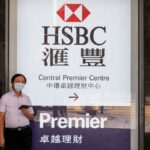 Special Focus
Opinion: Ukraine makes it harder for companies such as HSBC to remain 'apolitical' about China

They will also ban investment in energy projects within Russia run by Gazprom and other Russian firms.

With its latest package of sanctions, the EU intends to increase the economic pressure on Russia and ‘cripple’ its ability to finance the invasion of Ukraine.

The bloc said that the measures were implemented by coordinating with its international partners, including the US.

It announced them following an agreement by the Council of the EU and the European Council to adopt a fourth package of restrictive measures.

In a statement, the EU said: “Today’s agreement builds on the wide-ranging and unprecedented packages of measures the EU has been taking in response to Russia’s acts of aggression against Ukraine’s territorial integrity and mounting atrocities against Ukrainian civilians and cities.

“As guardian of the EU Treaties, the European Commission is in charge of monitoring the enforcement of EU sanctions across the Union.

“The EU stands united in its solidarity with Ukraine and will continue to support Ukraine and its people together with its international partners, including through additional political, financial and humanitarian support.”