Concept: Germany-based Siemens has collaborated with German national rail company Deutsche Bahn (DB) to trial the Mireo Plus H hydrogen train as part of the H2goesRail project. The project aims to deliver green hydrogen and set up a quick refueling system along with maintenance infrastructure. The duo plan to use the portable hydrogen fueling station to demonstrate how to refuel the train. Future regional commuter trains driven by hydrogen technology could replace diesel-powered trainsets and significantly aid in the phase-out of diesel fuel, according to Siemens and DB.

Nature of Disruption: The Mireo Plus H claims to be as powerful as its electric multiple unit (EMU) equivalent, having 1.7MW of traction power to provide acceleration of up to 1.1m/s2 and a top speed of 160km/h. Also, the train has a range of up to 800km. DB will use green electricity directly from the overhead power line to generate hydrogen for the trains in Tubingen. DB and Siemens estimate that shifting from diesel to hydrogen fuel could reduce CO2 emissions by about 330t annually. The Mireo Plus H train will only emit water and aims to reduce its carbon footprint. It also boasts that a single train can save CO2 emissions by up to 45,000t throughout its 30-year service life when compared to driving a car.

Outlook: Hydrogen technology can help the transportation sector become CO2-neutral, setting a new standard for environmental protection. Since they run on green hydrogen with no emissions, hydrogen trains are a particularly environmentally benign kind of propulsion. To compete with diesel fuel in day-to-day operations, hydrogen technology must have a quick refilling process. To overcome this challenge, DB introduced a technique that makes it possible for a hydrogen train to be refueled just as quickly as a diesel-powered train. The duo demonstrates the future of climate-neutral mobility. The German Federal Ministry for Digital and Transport awarded the H2goesRail project funding of about $13.9 million as a part of the National Innovation Program for Hydrogen and Fuel Cell Technology. The Mireo Plus H test flights are expected to start in 2023 in Baden-Wurttemberg. The train will start running between Tubingen, Horb, and Pforzheim in 2024 after completing a test phase. As part of the strategy, DB has planned 1,20,000 km of scheduled rail service. 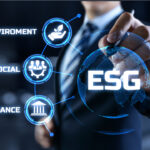 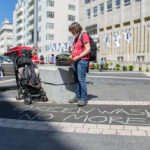 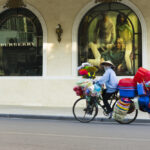