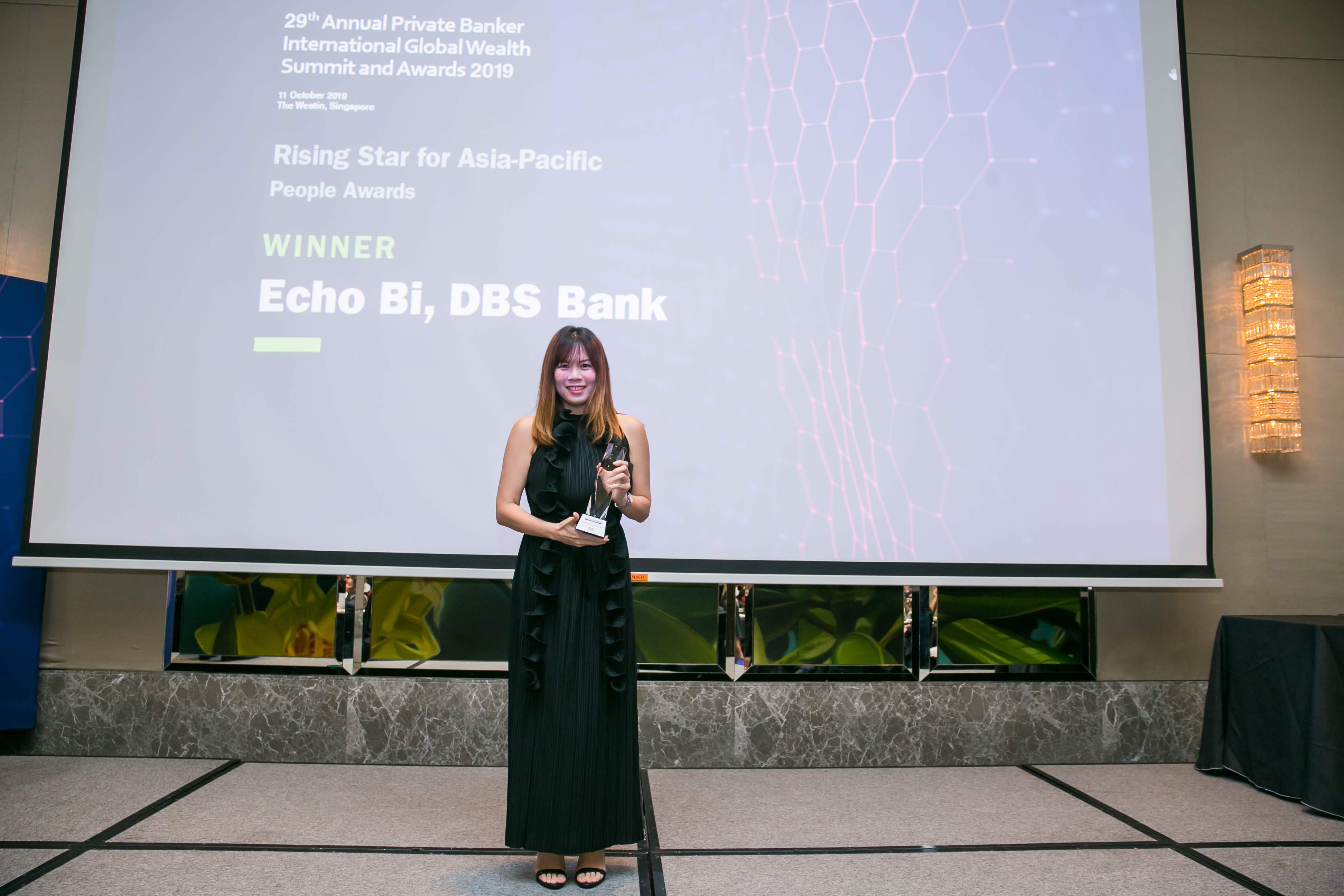 PBI recognised Echo Bi’s talent two years ago when we presented her with an ‘Outstanding Young Private Banker’ award.

Since then, in her role as a senior private bank relationship manager at DBS, Bi has developed a truly pan-Asian career, managing UHNWI clients in Mainland China, portfolios in Taiwan and family offices in Singapore.

Nicknamed the “30 under 30 for private banking” the award for Outstanding Young Private Banker always sees the highest number of entries of any of our categories.

These are also some of the most important of Private Banker International’s entire award series. Private banking is in an era of change, where wealth is changing hands from one generation to the next with increasing speed while digital technologies embraced by the younger generation are forcing change at the core of every organisation.

These are individuals that will go on to reshape private banking for our modern world: 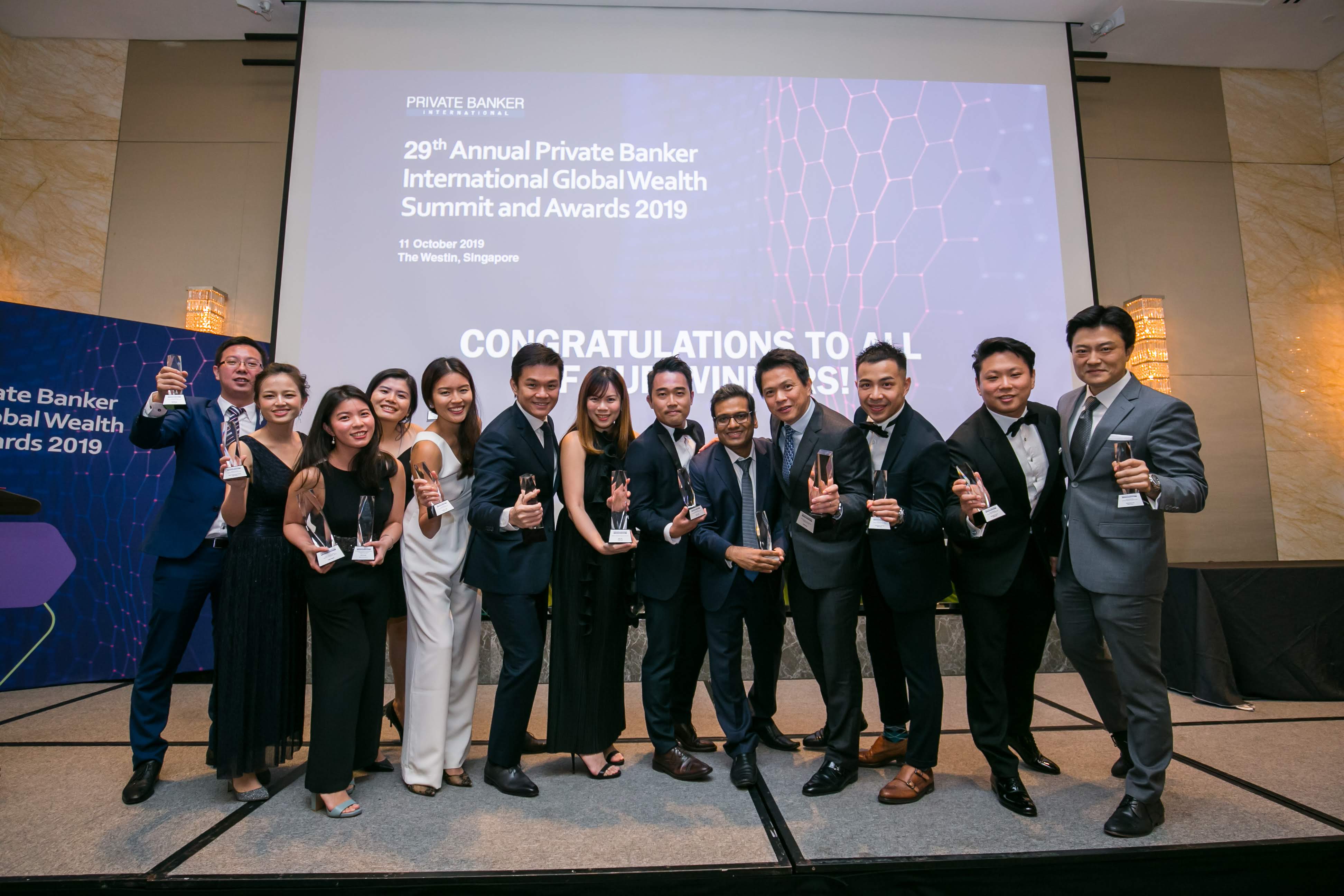