Financial technology firm iCapital Network has secured a $50m investment in a funding round, which took its valuation to more than $6bn.

The latest fundraising round, which follows its $440m funding series in this July, was led by WestCap and joined by Apollo and Temasek in addition to other strategic investors including Blackstone, KKR, and The Carlyle Group.

iCapital said that its existing backers are expected to make follow-on commitments to the firm early next year. 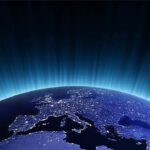 iCapital plans to leverage fresh capital to improve its platform technology, expand the breadth of strategies and product types on its alternative investment menu.

It will also help the firm expand its client capabilities through strategic acquisitions.

Since its last fundraising, iCapital has increased its platform assets to over $104bn and grown its employee headcount to more than 700.

During this period, the firm has also enhanced the range of its strategies and product types to include structured notes and launched expanded offerings for accredited investors.

iCapital Network chairman and CEO Lawrence Calcano said: “We’re honored for WestCap and Temasek to expand their commitments and to now include Apollo as a shareholder.

“With the addition of Apollo, we now have the largest and most distinguished general partners in the world supporting iCapital in its mission of delivering the definitive technology solution for alternative investments within the wealth management space.”

WestCap partner Scott Ganeles said: WestCap is expanding our equity position in iCapital as the company has completely transformed how private market and hedge fund investments are bought and sold.”

Apollo partner Stephanie Drescher added: “iCapital has developed one of the industry’s most comprehensive technology solutions bridging the gap between alternative asset managers and wealth advisors, and we’re pleased to make an investment in a market leader.”