Revolut rival Chime has become the latest fintech to slash its workforce due to market uncertainties.

The neobank has laid off 12% of its staff due to “current market dynamics”, according to a spokesperson speaking with Reuters. That represents roughly 160 jobs being lost.

Chime – which agreed with a Californian regulator last year that it would stop referring to itself as a bank as all of its banking services were handled by actual banks – is only the latest fintech firm to announce mass layoffs.

Buy-now-pay-later (BNPL) leader Klarna recently embarked on its second round of layoffs this year. Much like Chime, it blamed the axing of jobs on changing market conditions. 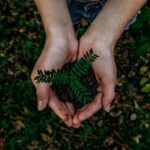 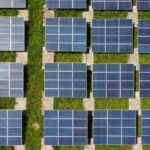 Robinhood, the stocktrading app that went public last year after the pandemic set its growth into hyperdrive, announced in April that the fintech would lay off 9% of its staff.

Layoffs aside, Chime is also not alone in being the only challenger bank to struggle Stateside. In November last year, German neobank N26 made the “disappointing” announcement that it would abandon its US operations, saying that it would be too costly for the digital lender to make its mark in the US.

Challenger banks were one of the hottest things in the fintech industry a few years ago. However, as outlined in the recent report Beyond the Hype: Insight into Digital Challenger Banks from research firm GlobalData, the hundreds of startups around the world that have been launched over the past decade have struggled to make ends meet. In other words, it’s only on rare occasions that neobanks make a profit.