This week, the head of the US Commodity Futures Trading Commission (CFTC) urged Congress to give his agency power to regulate the cryptocurrency market. He warned senators that failing to do so would restrict the regulator’s ability to prevent fraud. The news comes as some market stakeholders suggest that a turf war might be brewing between the CFTC and the Securities and Exchange Commission (SEC) over which regulator should take the lead when it comes to cryptocurrencies.

Rostin Behnam, the CFTC chair, made the remarks on Wednesday this week when speaking in front of the Senate Agriculture Committee. He said that Congress needed to grant the agency more authority and resources to regulate the digital assets commodity market.

His comments came after he sent a letter to Congress on Tuesday in response to a letter from the committee. In the letter, Behnam described the current regulations as “an insufficient patchwork of regulations imposed mostly at the state level.”

This, he argued, would restrict government agencies like the CFTC in providing oversight over a global market involving “well-capitalised international companies operating the largest trading platforms and attracting an increasingly large user base of retail customers.” To solve these issues, Behman said it was time for the CFTC to take a more central role. 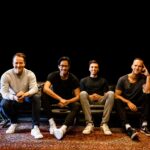 “Despite historically focusing on the derivatives market, the CFTC is prepared and well-suited to play an increasingly central role in overseeing the cash markets for digital assets,” he said in response to a letter sent in January.

“At its core, the CFTC is a markets-focused regulator that works to ensure market integrity and vibrancy through oversight of exchanges and clearinghouses that are required to comply with well-established core principles, as well as through oversight of market participants.”

The CFTC has filed 49 enforcement actions involving digital assets since 2015, against US-based and foreign entities. These include actions against fraudulent schemes, wash and prearranged trading, and the offering of illegal off-exchange transactions.

So what’s this talk about the CFTC and SEC clashing over cryptocurrencies?

The CFTC chair’s remarks comes at a time when the Biden Administration is increasingly looking for ways to regulate the cryptocurrency market, with the SEC engaging in several projects to that end. The SEC has been made it clear that it also wants more authority to provide better oversight of the sector.

“This asset class is rife with fraud, scams, and abuse in certain applications,” Gary Gensler, chair of the SEC, said in August. “We need additional congressional authorities to prevent transactions, products, and platforms from falling between regulatory cracks.”

He has since doubled down on this message. In August, 2021, Gensler sent a letter to Democratic senator Elizabeth Warren, saying that most cryptocurrencies should be viewed as securities and therefore exchanges should fall under the SEC’s purview. Not everyone agreed.

McHenry is the sponsor of the Eliminate Barriers to Innovation Act of 2021, which would require the CFTC and the SEC to create a digital assets group to improve the regulatory framework of the cryptocurrency market.

There was also signs to suggest that the CFTC didn’t take too kindly to the SEC wanting more power in the cryptocurrency sector. Then-CFTC commissioner Brian Quintenz tweeted that “the SEC has no authority over pure commodities or their trading venues, whether those commodities are wheat, gold, oil or crypto assets.”

On the other hand, Quintenz deflated claims that the CFTC and the SEC were engaged in a turf war in September, stressing that the two agencies have collaborated in the past.

“We’ve worked very constructively together to try to understand the innovation that was occurring in this space,” Quintenz told CoinDesk.

In the letter sent this week, Behnam also noted how the CFTC collaborates with the SEC and with other agencies

Despite this, the question about a potential turf war raging between the two agencies came to the forefront again in January when Gensler doubled down on his argument that cryptocurrencies are securities and that they should therefore fall under the remit of the SEC during a speech.

The SEC did not respond to Verdict’s questions about the likelihood of a cryptocurrency turf war brewing between the two agencies.

The spokesperson adds that the two agencies have “an almost 50 year record of cooperation when it comes to regulation, enforcement and other market issues that we need to work on together.”

Whether or not Behnam’s remarks this week should be seen as another salvo in a turf war between the two agencies or simply as a plea to better regulate the market, it is clear that lawmakers in the States intend to police it more in the future.

“We can’t afford to wait until the next crisis,” said senator Debbie Stabenow, chairwoman of the Senate Agriculture Committee, according to Reuters. “Congress must work with regulators and the Biden administration to design a framework that protects consumers and our environment and keeps our markets fair, transparent and competitive. The CFTC will play a key role in that effort.”

They are not alone: regulators around the world are clamouring for stricter rules around cryptocurrencies, something that a recent GlobalData research report predicted. A recent clampdown in Russia has partly been blamed for $1tn in value being shaved off from the digital assets market, making some experts warn that there may be a new cryptocurrency winter at the door.

Regulators in Europe, the US, India and China have either indicated or introduced new rules to provide more oversight over the cryptocurrency market over the last year.

“There’s always a steady stream of regulators and government bodies announcing that they will regulate crypto,” George Monaghan, thematic research analyst at GlobalData, tells Verdict. “It’s very hard to discern signal from noise. We are still yet to see any substantial restrictions imposed on crypto. It’s akin to the difficulties governments face when they try to regulate the internet – there are too many ‘nodes.’ And crypto, unlike the internet, is explicitly, intentionally decentralised.

“The most plausible avenue for regulators is restricting the major exchanges – [such as] Binance, Coinbase etc. – since these operate as normal companies. And while shutting down Binance wouldn’t remove anyone’s ability to trade crypto, it would make the process much more tedious, and many traders would simply stop trading.”

This story has been updated to reflect the CFTC’s responses.