The UK tech sector is worth $1tn, according to new data. That means it’s twice the size of Germany’s and almost five times larger than France and Sweden, according to data by Dealroom analysed for the UK’s Digital Economy Council.

The Department for Digital, Culture, Media and Sport (DCMS) seemingly seized upon the opportunity to celebrate tech entrepreneurs’ achievements. Its representatives could – at least momentarily – avoid talking about the cost of living crisis or partygate. Congratulating tech entrepreneurs would seem reasonably safe. There is, however, one problem with this picture: industry leaders believe it’s too little too late. Instead of being overwhelmingly chuffed, they argue that the UK ecosystem would’ve passed the $1tn milestone much sooner if it hadn’t been for Brexit.

“We’d have been there ages ago if it hadn’t been for Brexit,” Chris Rabbitt, founder of online networking startup Meeow, tells Verdict. “Given that most tech companies have at least one eye on international markets, Brexit has been disastrous for early stage startups wanting to operate globally.”

None of the UK tech leaders Verdict has spoken with suggest that the industry being worth $1tn – or about a third of Apple’s market cap – is not a great achievement. But the majority believes Britain’s divorce from the EU created uncertainty that chilled investors’ willingness to inject capital into the industry. They argue Brexit has made it harder to attract talent, increased red tape and cut off the ecosystem from the EU’s own tech-boosting initiatives. 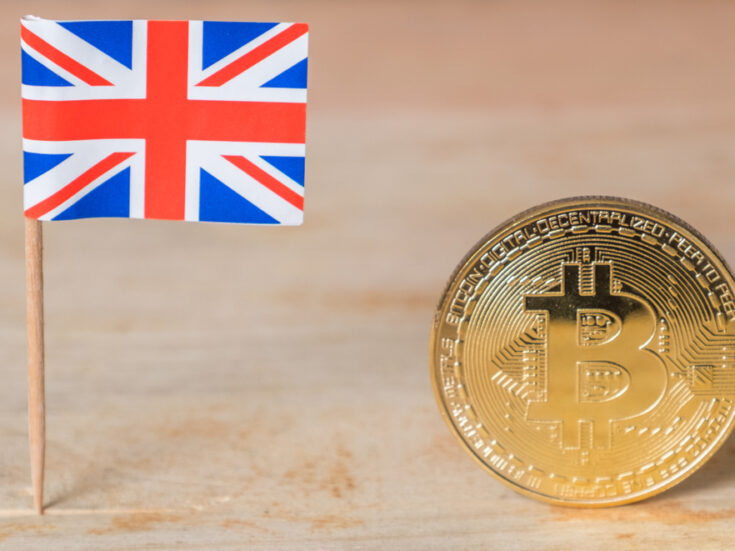 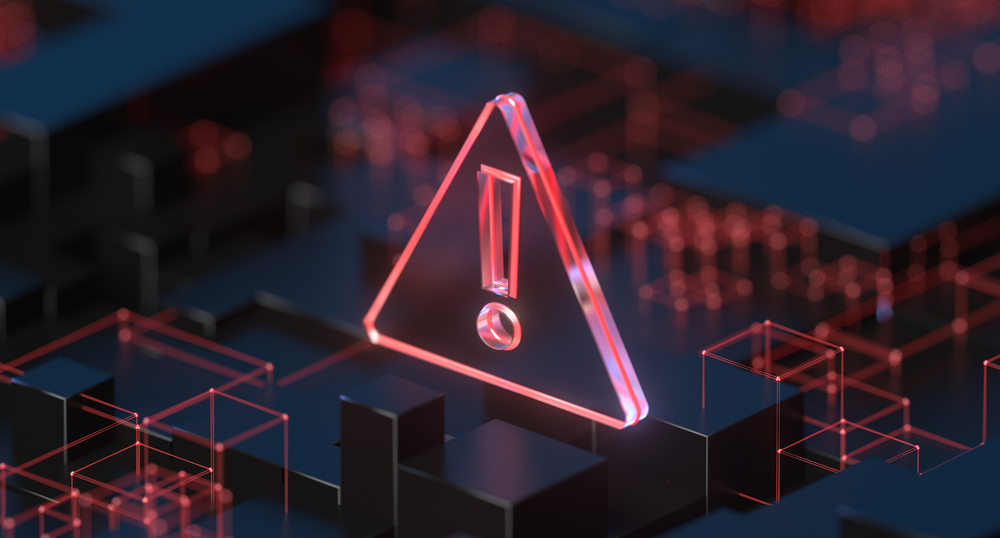 “Many startups [were] dependent on innovation grants given by EU,” Saurabh Goyal, founder of fintech startup Phlo Systems, tells Verdict. “Before Brexit, UK based startups and SMEs tech firms were one of the largest recipients of this fund which have dried up since the Brexit announcement. Not to mention that some tech firms had to let go of some of their best resources due to visa issues.”

The government didn’t respond directly to these concerns when we raised them. Digital minister Chris Philp’s press handlers instead pointed us towards an opinion column published in February 2022. The piece argued that the UK tech sector had “faced down gloomy predictions” for the fate of the industry with several high-profile initial public offerings (IPO) at the London Stock Exchange. The column named food delivery company Deliveroo and personalised greetings cards business Moonpig as two impressive companies listed in the past year. For some reason it didn’t mention cybersecurity company Darktrace, which also listed last year and that has ties to alleged multibillion-dollar fraudster Mike Lynch.

“We proved that London is still an internationally competitive market after leaving the EU by attracting significant IPOs from the US, Denmark and Canada,” Philp and economic secretary to the Treasury John Glen wrote in the co-authored story.

The two ministers also professed a rather self-congratulatory note about how the recommendations proposed in Lord Hill’s UK Listings Review, which would make it easier and provide more flexibility to list in the Big Smoke, had begun to be implemented by the chancellor of the Exchequer. London Stock Exchange floats are central to Sunak’s plan to ensure the UK’s future as a tech hotbed post-Brexit, as outlined in the Spring Budget in 2021.

However, Bloomberg reported in mid-March that IPOs in the UK are set to post their worst first-quarter levels since 2009. Instead of London becoming the number one destination for public floats, the article argued that British businesses are seemingly electing to go public anywhere but in the Old Smoke.

Sunak himself admitted this week to the House of Commons Treasury Committee that it was “always inevitable” that Brexit would affect trade, in stark contrast to pledges made by the Leave campaign ahead of the referendum that the divorce from the EU would create a trading boon for the UK. The admission came on the back of the Office for Budget Responsibility publishing research suggesting that the UK’s “trade intensity” has tumbled by around 15% as a result of leaving the EU.

Despite these issues, Philp, who voted against Brexit, would rather focus on the positives of the tech industry’s new $1tn market cap.

“Our tech industry has gone from strength to strength, overtaking the rest of Europe and entering the history books as the third country ever to reach this milestone,” Philp said in canned remarks. “We’re working hard to make the UK the best place in the world to found, grow or float tech businesses – whether they’re early-stage startups or global innovators – ensuring they have the best talent, investment and regulation to thrive.”

While it would be easy to be cynical about these things, the data does demonstrate a solid growth of the UK tech scene.

What does the data tell us about the UK tech industry?

The DCMS suggested that the UK’s tech scene is the third country in the world to be worth over $1tn. The other two are China and the US.

The DCMS said the UK tech industry has grown at its fastest rate between 2020 and 2021 when the ecosystem increased by 42%. In 2018, the UK tech ecosystem was valued at $446bn and was steadily growing until 2020 when it doubled in value to $942bn. It cited Covid-19 as a great accelerator of the growth of the industry, with social distancing rules triggering a wave of innovation and adoption. This wave included digital health apps, education platforms, video conferencing tools and ecommerce channels. Verdict has reported about similar worldwide trends in the cybersecurity, supply chain and fintech industries.

Data from research and analytics company GlobalData seemingly backed it up. There were 1,445 venture financing, private equity, equity offering and debt offering deals in the UK technology space in 2020, according to GlobalData. That figure jumped to 1,745 in 2021. That’s up from the 1,188 deals recorded in 2018 and the 1,262 deals recorded in 2019.

However, the combined value of these deals have not risen. 2018 was a record year with $69.3bn being injected into the UK tech industry that year, according to GlobalData. That figure slumped to $54.1bn in 2019 and to $43.6bn in 2020. The combined value of the deals increased in 2021 to $64.9bn. More importantly all those metrics are above the $16.7bn injected into the tech sector in 2016 when just above half of UK citizens voted for Brexit.

So, to summarise, the number of deals have increased steadily since the 2016 referendum. While the total value of these deals have pretty much remained the same over the past four years, each of those years are well and beyond the grand total injected before the vote. Results like these have motivated some tech entrepreneurs to suggest Brexit hasn’t been that detrimental after all.

“Brexit was one of the most uncertain economic milestones in British history,” Ivan Zhiznevskiy, founder and CEO at money-transfer startup 3S Money, tells Verdict. “And ‘uncertain’ is a word no investor wants to hear. Yet, despite fears we’d lost foreign investment because of this, the UK still presents an extremely attractive business opportunity, especially for high-tech startups – 2021 was the best year ever for UK’s tech sector in terms of investment.”

Others, like the CEO of insurtech startup hubb Mark Costello, are adamant that “Brexit is a disaster” and that the UK tech sector would’ve grown faster had it not been for the union’s divorce from the EU. “That being said great ventures will always find a way to expand and ensure they thrive,” Costello tells Verdict.

A similar argument can be made about the fintech sector. Philp and his peers noted that the sector has been leading the way. Of the 13 tech decacorns in the country, eight were fintech companies. The list includes the likes of WorldPay, Checkout.com, Revolut, FNZ, Wise, Rapyd, Admiral Group and eToro. However, just like with the rest of the tech sector, industry leaders argue that Brexit has hurt the industry’s prospects.

“The fintech industry has and still very much depends on sponsorships from banks and financial institutions – and during the last five years, the banking, financial services and insurance sector in UK has been busy with planning their restructuring due to Brexit and many fintech sponsorships have been put on hold,” Goyal says. “In fact, I’ve seen many startups going out of business because of this delay in the past few years.”

However, when looking at the total value of these rounds, the picture becomes a bit more unclear. For starters, the value of the grand total injected into the UK fintech industry slumped from $762m in 2015 to $649m in 2016. It then recovered to reach $4.2bn in 2017 only to be eclipsed by the record year of 2019 $28.2bn was invested into the industry.

These figures show that the UK tech sector in general and the fintech sector in particular are in stronger positions than they were on the day of the referendum. Still, save from somehow entering an alternative reality where the Remain vote won, it is impossible to say whether the doomsayers are right in saying that Brexit has hurt the UK tech scene or been a golden opportunity for it.