Tamas Kadar is the CEO and co-founder of SEON, the fraud-busting startup that recently raised a $94m Series B round. Silicon Valley-based IVP led the cash injection. While the company is staying mum on its valuation, the investment highlights the pressing need for businesses to take fraud seriously.

Cybercriminals upped the ante during the course of the pandemic. It’s not gotten better since. They took the Ukraine crisis as another opportunity to defraud victims hoping to aid the people fleeing the war zone.

Financial fraud is nothing new. Charlatans have schemed and scammed people out of their money since history began. However, the digitalisation of businesses combined with market watchdogs growing tougher when it comes to policing financial crimes have put the fight against fraud into focus in a new way.

Not only does that mean that regulators pursue the criminals, but they also slam down hard on the companies failing to do their uttermost in order to prevent crimes. 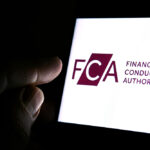 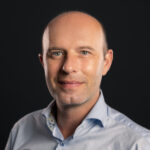 This trend is particularly prevalent within the financial services sector. Following the Great Recession of 2008, lawmakers across the globe introduced tougher rules for banks, payment processing firms and other financial services firms. The new laws – such as the Dodd-Frank acts and PSD2 – aimed to prevent the behaviours that caused the financial meltdown.

These laws also included a heavy emphasis on fighting financial fraud. Businesses had to prove that they had done everything in their power to protect their customers in order to comply with the laws.

This created a demand for solutions that could help businesses automate their compliance. This, in turn, gave rise to the regulations technology, or regtech, sector. The companies in it promised to provide just those type of services. SEON and its CEO obviously fall into that category. The regtech market spend is expected to reach $206bn by 2026, according to Juniper Research.

The same data indicate that the industry has struggled to raise similar amounts in 2022. So far it’s only raised $23.9bn. This is partly due to the slowdown of the economy and the volatility caused by Vladimir Putin’s invasion of Ukraine.

Investors also injected record levels of cash into the regtech industry in 2021. The industry raised over $18.9bn in 2021, according to FinTech Global.

Despite how the fintech and the regtech industry tend to follow the same trajectory, the SEON CEO isn't too worried about it. In this latest entrant in our ongoing CEO Chat series, explains why. He also discusses the growth of the company and where he plans to take SEON from here.

Tell us a bit about yourself. What did you do before founding the company?

I launched SEON from my college dorm room alongside my co-founder, Bence Jendruszak. Before starting the business, I was just a typical student, undertaking a ‘Deep Info Comms’ course at the Corvinus University in Budapest. I’ve always had a real love for technology, particularly computers and innovation, so that was a big interest of mine growing up.

Where did the idea come from?

While at university, I launched a cryptocurrency exchange with Bence. Things were great at the start, but it didn’t take long for hackers and fraudsters to begin exploiting gaps in our system. I knew we needed a tool that could help to identify these individuals before they caused any more damage to our platform.

So, I set about building a solution, which would later become the tool we use at SEON, developing the code from the ground up. The system generated instant results and was highly effective at limiting rates of fraud. Before long, other exchanges began to ask us if they could use it as well. The idea was born: to build the to-go solution for online businesses affected by fraud.

What's the biggest misconception people have about financial fraud?

I think there’s a huge misconception that financial fraud only affects people financially. In reality, falling victim to fraud can be very traumatic, often leaving a person with psychological scars. That’s why I prefer the term ‘human fraud’, as it encompasses the totality of the issue more accurately. The increasing prevalence of social engineering in scams is further intensifying this issue.

The regtech industry seems to be going from strength to strength. Why is it growing so much?

Unfortunately, the fraudsters will never quit. They’re always finding new ways to defraud people. As such, there’s a constant need for new regulations and technologies that give people a chance to fight back. In recent times, our lives have become a lot more digitised. This has benefits, but it also leaves people more vulnerable and open to fraud.

There has been a marked slump in fintech funding recently. How do you think this will affect the regtech industry?

Some regtech services are essential to operating an online business, particularly in certain sectors. Therefore, slowdowns in the field are often caused by changing consumer behaviours, not necessarily by changes in levels of funding.

What one piece of advice would you offer to other CEOs?

It's always important to trust your own process. As a CEO, you need to be willing to forge your own path and to never feel obligated to follow in someone else’s footsteps. Of course, it’s important to listen to recommendations, and to stay in touch with the world around you, but don’t get distracted by external forces, especially if you’re unsure as to how they will help your cause. For me, to be a successful CEO means ensuring you make exceptional hires and work within a team of experts.

What’s the most surprising thing about your job?

I’d say the most surprising part of my job is how fast my role has evolved to suit the needs of the business. Every couple of years, my role seems to totally change. I’m always finding new tasks and projects for myself and the team to undertake, which helps to keep things interesting. As co-founder, it’s remarkable to still be operational and involved in the day-to-day tasks, whilst helping to drive strategic directions with our teams.

What is the most important thing when you want to scale a company?

It has to be the people. Ultimately, you live or die by the team you build around you. We’ve been fortunate at SEON, as we’ve always attracted fantastic candidates. One of the things that helps, is as a business, we’re not scared to approach talented people working in different sectors. We’ve probably made hires in the past, which other businesses would consider ‘different’, but we know talent when we see it.

Much like anyone else, I’m not a fan of people who are uncooperative, or who choose to work to their own agenda, without taking responsibility for their actions. Obviously, that’s not conducive to good business and can really get in the way. I ardently believe that teamwork and collaboration are two traits you need to have success. Ultimately, everyone's personality comes into play, therefore it's important to work with the brightest people who are really driven to grow the business together.

What's next for SEON?

We recently closed our Series B funding round led by IVP, and it’s put us in an excellent position to further scale our business. Our mission has always been to democratise the fight against online fraud. As part of that, we now need to enter new territories and give new businesses the opportunity to deploy effective fraud prevention solutions, which may not have been previously available to them. We are expanding SEON’s presence in North America, LATAM, and APAC, building partnerships with leading e-commerce platforms, heightening product functionality, and integrating additional data sources to help customers better fight fraud, on our joint mission forward.