Switzerland-based Julius Baer has released the third of its Global Wealth and Lifestyle Reports. It centres on a number of consumer goods and services reflective of spending patterns of HNWIs to find the most expensive place in the world for the wealthy.

Nicolas de Skowronski, head wealth management solutions and member of the Executive Board of Julius Baer, said: “Ongoing global uncertainty, prompted first by the pandemic and now further exacerbated by geopolitical tensions, as well as rising inflation have only sharpened the need for investors to protect their purchasing power and, in the long term, actively plan to preserve their wealth.”

Christian Gattiker, head of research at Julius Baer, added: “Our Lifestyle Index is an important indication of the personal inflation rates for HNWIs. These are based on where they live, the products and services they buy, and even their interests. Combining these with a sound wealth management strategy can help stem this erosion, and preserve and even grow wealth under the current conditions.” 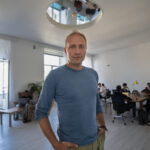 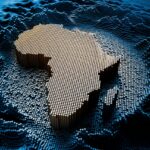 The pandemic is still ongoing in a number of countries, and it is not the only major global economic factor this year. Inflation has been a struggle in many parts of the world and the Ukraine crisis dramatically shifted much in the world.

As a result, the report recorded price rises or 75% of good and 63% of services in the Julius Baer Lifestyle Index.
In addition, the weighted average of prices increased by 7.46% in the last year compared to an increase of only 1.05% in the previous report.

The biggest price increases were technology packages, up 41%, lawyers with a 32.6% rise, and bicycles with a 30.4% increase.

So where is the most expensive place in the world?

Asia has four cities in the top five most expensive cities in which to live with Shanghai at number one. EMEA has four in the top ten while the Americas have none.

The top of Asia has Shanghai and Hong Kong as well as Taipei and Singapore. This isn’t the whole story though as Bangkok fell four places to 15th and has become noticeably cheaper than other cities in the region. Manila fell from 16th to 21st place and is the only city in the report where the average price on the Index dropped over the past year.

In addition, Tokyo was the biggest faller in the entire survey.

In EMEA, London is unsurprisingly the big riser, jumping from eighth place to second. The capital was proven to be expensive in a number of areas with nine of the costliest items in the area.

Paris dropped to tenth place despite a slight 3% rise in prices. Dubai slunk two places to 14th even though prices increased 19% on average.

Speaking to PBI regarding any surprising findings, Alan Hooks, managing director and head of private clients at Julius Baer International, says: “The rise of London across the board of our index demonstrated the return in demand, post pandemic, of hotel and leisure experiences in the city. The increase in cost of real estate in London, versus the average, was a surprise particularly in light of the number of people relocating from cities during the COVID period.

“It demonstrates the strong desire of HNW and UHNWs for property in London. Unsurprisingly, spend on technology increased this year which aligns to the need for greater connectivity and virtual interaction, with many HNW and UHNWs leading the way on spend in this area.”

Has the pandemic changed attitudes towards luxury lifestyle among the wealthy? Are they more likely to look at philanthropy or ESG?

Hooks adds: “What is very clear is that HNWIs and UHNWs are increasingly aligning their financial and investment decisions more closely with their personal values. In all regions, sustainability is an extremely important consideration for most respondents. It is likely that HNWs and UHNWs are early adopters of approaches that will mean their consumption has a more positive impact on the planet and society.”