18,683 jobs were posted in the period 17 January 2021 to 23 January 2021 according to GlobalData jobs analytics tool. Defying expectations, this represents a 22.8% decrease from the previous weeks totally of 24,200 jobs, and the lowest weekly number of job postings across the month of January.

Once again, JP Morgan topped the tables with 1353 job postings – one less posting than the previous week. JP Morgan were followed by Citigroup, Banco Nacional de Mexico SA and Citizens Bank with 855, 723, and 675 jobs, respectively.

Typically, January would see an upward trend of firms hiring for a variety of roles, rendering this week’s figure as unusual. The fall is particularly surprising as many believed the pandemic had made way for new positions, as firms adapted to new ways of working.

Centring in on Citigroup, 130 of the firm’s job postings were Senior level, equivalent to 15%. Included in this figure was a position for director of investment operations in Singapore and vice president of financial planning and analysis in the United States. Following this, 319 jobs posted were mid-level, 308 were junior level and 98 were entry level. 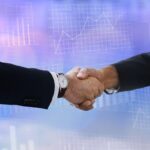 The greatest number of jobs posted by Citigroup were in North America, at 371. This was followed by 290 the Asia Pacific region, 153 in Europe, 32 in South and Central America and 9 in the Middle East and Africa.

Overall, the highest number of jobs posted were based in North America with 756 roles. Europe was in second with 643 jobs, followed by Asia Pacific with 434 jobs and South America with 216 postings. Middle East and Africa registered the fewest with 203 jobs.

Globally, most jobs posted were junior level at 1008 postings. This was followed by 895 mid-level roles, 861 at entry-level and 506 senior positions.