Winners of the Private Banker International Global Awards were announced on Friday evening at a ceremony in Singapore.

The awards followed PBI’s global conference on the same day, which identified some of the major trends affecting private banking and wealth management in the world.

These awards are an extension of the well established Private Banker International Regional Awards that take place in London, Switzerland and Germany.

All of PBI’s awards undergo a rigorous selection process before being appointed by an independent judging panel. 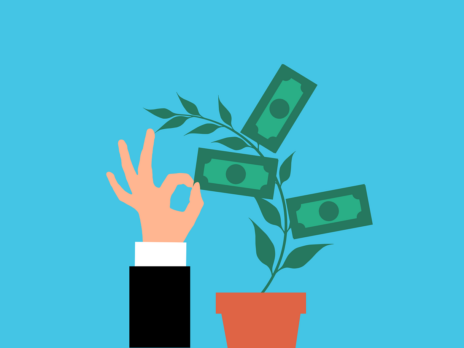 This is the fourth consecutive time our ‘Africa’ award has been picked up by Standard Bank. As the number of HNWIs grows on the continent, so do does Standard Bank’s presence: Last year it opened a wealth and investment office in Uganda to add to the 14 offices that already serve Africa’s wealthy.

HSBC is currently in the midst of major hiring in APAC. In May, it announced it would hire around 300 employees for its retail wealth management unit in Asia. The same month it said it would up its headcount in technology development centres in China by more than 1,000. Add to that the rollout of its new ‘Jade’ branches, and its little surprise the judges chose HSBC for this award.

Being the largest bank in the Eurozone was not the reason our judges chose BNP Paribas Wealth Management as the best in Europe. “The clarity of its offerings and breadth of network,” impressed one judge. Others quoted the amount of work BNP is doing in the ESG and impact investment space.

Having a strong global network is imperative to any winner of this award. But the judges were also impressed by UBS’s offering of sustainable and ESG investment options. Any truly global private bank needs to stay ahead of this all-encompassing trend, and few can rival UBS in doing so.

Now the winner of this award for four consecutive years, Itaú never ceases to expand its private banking network for South American HNWIs. Its market share has again expanded in its home country, Brazil, and its offshore offices are essential for a growing diaspora.

RBC Wealth Management is not only the biggest private bank in Canada but a growing force in the US as well. Added to that are strong operations in the Caribbean, UK and UK Crown Dependencies. Then, in August, it made several appointments in Asia, making this a fitting award ceremony for the outstanding private bank in North America.

Another bank that has won this regional award four times in a row, Emirates NBD has continued to grow its presence in the Middle East. In 2018 it opened three new branches in Saudi Arabia. Expansions in London, Mumbai and Africa further reinforce links to between UHNWIs in this region and their favoured investment locations.

North Asia is a hotly contested region in this award series. No bank has managed to hold onto this award for more than two consecutive years, such is the pace of innovation in this region. Each year our judges avidly read through the myriad of new developments hitting North Asia, and this year they found DBS Bank the clear winner.

Being the largest private bank in the ASEAN region is not enough to win this award on its own. However, Maybank has proven its commitment to South Asia with growth in the Philippines and the launch of Islamic Private Wealth to serve the region’s growing Muslim population.

It is not only the training of its staff that Kasikornbank deems important (30% have now gone through specialist courses at the time of writing), but the office environment as well. Its new headquarters is the “perfect combination of a functional and green office”, says one.

As family offices proliferate in Singapore, there is one they all look up to: Taurus. It is not only one of the largest multi family offices in Asia, but one that caters to an ever growing number of families (110 at last count). New offices in Dubai and more advisers hired and assets managed makes Taurus Family Office a clear winner for this award.

Educating the next generation is all-too-often seen as a perk for children of wealthy clients. This is not the attitude Standard Bank takes though. Their “Beyond Wealth Series” brings financial education to underprivileged areas and the “Women’s Series: Her Africa” was endorsed by the UN Women’s Organisation.

A series of new products and initiatives have made the largest Islamic finance provider in Malaysia and Asia Pacific even more exemplary: #HouzKey, Investment Account and Sharia Screening Products all impressed judges.

Picking up this award for the second year in a row shows Citi’s continued innovation in providing a superior investment service to its private clients. This time around, the judges noted its “global leverage” and “CPB Investment Finance” initiatives.

Last year they were highly commended, but this year they get the big prize, thanks to continued innovation in serving the NRI market. These include a full suite of investment products that can be tailored for NRI clients, as well as NRI offshore solutions in Singapore, Hong Kong and MEA.

Today’s high net worth clients like to see their banks putting money where their mouth is when it comes to philanthropy. That’s why the judges awarded BNP Paribas Wealth Management: the Paris-based bank is itself committed to charitable donations and being carbon neutral. With that it can gain the trust of philanthropic clients, helping them to give their wealth effectively and meaningfully.

UHNWIs today are more global than ever before: That means their portfolios need to be global as well. Few banks have as much global leverage as Citi, and its “Zero Error” culture gives clients the reassurance they need of the brains behind their investments.

Taishin International Bank has stepped up their affluent offering and their place on our awards list: Last year they were highly commended. Now they have won! Their annual wealth management membership privileges and “Physical Examination Projects” impressed our judges.

DBS’s iWealth platform won judges over in this hotly contested category, with one saying its “platform and innovation were both impressive”. There has undoubtedly been innovation there, with DigiPortfolio, Your Financial GPS, DBS Wealth Chat and others.

Swiss Bank Julius Baer entered the Thailand market this year through a joint venture with Siam Commercial Bank (SCB). The newly named Julius Baer Nomura in Japan and a growing Indian market share are just some of the other growth stories that impressed judges.

Kasikornbank has not just picked up their first PBI award, but are walking away with two! One judge noted their “aligned approach connecting private banker, risk and back-office through modern core banking technology” in winning this award.

IIFL Wealth Management has not just won their first PBI award, but they have contested one of the most innovative categories. Both “Wealth Management Technology Initiative” awards are competitive, but getting the “Front End” right is arguably harder.