London is one of the broadest and most liquid real estate markets in the world, attracting a wide range of investors. But with competition rife, who now invests in London’s commercial property market, and how can others get a foot in the door, asks Melanie Sneddon.

Historically, London has been divided between aristocratic families such as the Grosvenors and Cadogans. Increasingly, however, London’s commercial property is being bought up by overseas investors.

Over the years they have been lured to London for its political stability, transparency and liquidity. An internationally recognised legal system, open tax structure and well-established institutional lease terms make it a safe and stable environment. This has contributed to longer investment horizons providing investors with a predictable and sustainable income.

With sterling having fallen approximately 10% against most major currencies since the 2016 Brexit referendum, the cost of investing in London has reduced for international purchasers by a corresponding amount. Barry Mangan, director of Central London Investment at Savills, the estate agency, says, “The weakness of sterling has had a strong influence combined with healthy occupational markets and other market fundamentals. Both for existing investors and those new to the UK market.”

Larger assets are often bought within a Special Purpose Vehicle (SPV) enabling investors to avoid paying SDLT on the transaction, instead paying the much lower stamp duty applied to shares. As well as the ongoing cost of administering an offshore entity, an investor buying real estate through an SPV will need to allow for financial due diligence on the SPV, in addition to the property level due diligence on the asset. 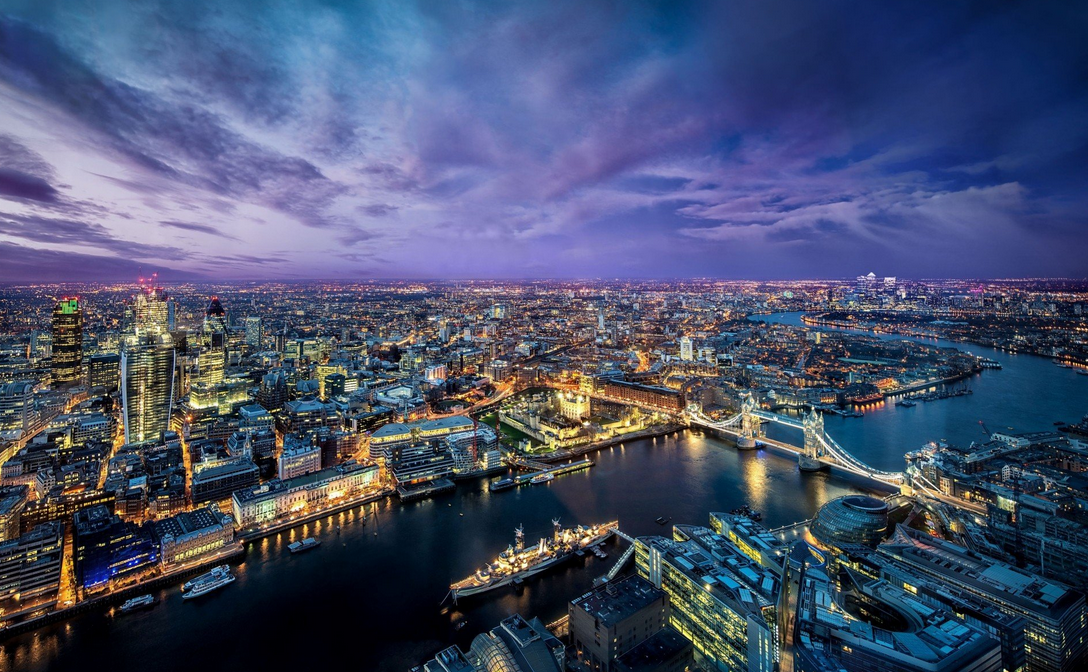 Since the Chinese government’s capital controls introduced in 2016, there has been a drop in the number of buyers from Mainland China. However, this has opened the door to other Asian investors.

Again in 2016, the fall in sterling’s value coincided with a strengthening South Korean won and regulatory changes within their country. In 2017, central bank data showed South Korea’s investment in overseas assets surged to a record high of $68.2 billion in the first eleven months of the year.

Having been strong investors in mainland Europe, South Koreans then turned their attention to London’s commercial real estate market. This saw over £3 billion of investment from South Korea in 2018 alone, according to JLL, a major property investor. They note, however, there are signs of South Korean investments slowing.

Despite the capital controls on Mainland Chinese investors, that has not stopped Hong Kong HNWIs from buying. In 2018, Hong Kong property developer, CK Asset Holdings, bought 5 Broadgate, the London headquarters of UBS for £1 billion and just three years after it was built. The 13-story building was also nominated for the Carbuncle Cup, an award given by architectural magazine, Building Design, to the UK’s ugliest building. And the privately-owned Hong Kong firm, Nan Fung Group bought Regents Quarter in Kings Cross for £270 million.

Private capital from Singapore, USA and mainland Europe has also been much more active in the London market than in the past. Property investment firm CBRE reported that overseas investors have continued to represent the largest proportion of investment, accounting for 61% of the market, led by Asian investors.

What are they buying?

In order to combat the lack of supply in traditional core areas, investors are increasingly looking at alternative areas. Locations with strong transport infrastructure, such as London’s new high-capacity rail service, Crossrail, have been a particularly strong draw for investors. This has given private investors better access to the market and it has increased the number of areas that occupiers are willing to consider. “Areas that were once considered fringe are now far more mainstream; Kings Cross, Clerkenwell, Farringdon, Shoreditch, Southbank,” says Mangan.

Another factor driving capital outwards has been the competition of prime stock. According to Savills “the creation of prime stock is now dominated by a handful of companies who hold for income rather than trade it is difficult to see how volumes can increase by the same proportions as occupier demand has in the sector.”

Prime stock includes iconic buildings, such as the Leadenhall Building, otherwise known as The Cheesegrater, which was sold to a company run by Chinese property magnate Cheung Chung-Kiu, for £1.15 billion in 2017.

Lack of supply and consequently strong pricing has meant private investors are finding it harder to achieve desired returns. Diversification and creative thinking are required and perhaps a willingness to take more risk.

Private investors are looking at other ways of gaining exposure to the commercial property market such as funding development, situations requiring active asset management, or other opportunities that are less traditional and which may not be attractive to institutional investors.

Depending on their appetite for risk in seeking higher returns, private money is often invested in real estate private equity funds such as Blackstone or Henderson Park. Alternatively, they may seek to invest in a Real Estate Investment Trust (REIT) such as Derwent London, British Land or Landsec for their expertise, focus and exposure to the UK stock market.

Prospects for the Future

Brexit has certainly clouded the UK’s investment markets since June 2016 and some private investors have been more cautious in light of the political uncertainty. Until now, however, London’s prime real estate seems to have weathered the storm. Jon Neal, head of UK Research at JLL says, “Most investors are well-capitalised and LTVs (loan-to-value) are low, suggesting that there would not be a huge number of forced sellers or a major impact on values.”

Prospects for the long-term future of London’s commercial real estate look optimistic. “At the end of 2018, there was an estimated US$6.2 billion looking to be invested into commercial property alone, with a significant amount targeting the UK,” noted Knight Frank’s Wealth Report in March.

However, CBRE’s Property Perspective, Q4 2018, notes that demand in 2019 is expected to come from Asia.

With tough competition still in the market, prices remain firm, particularly around prime stock and active interest remains as London continues to be a global magnet for commercial real estate investments.

The Future of the Insurance Market in the United Kingdom