The Deutsche-Commerzbank deal is dead, but this has not dented private banks’ appetite for M&As in Europe. David Craik asks if we will see more consolidation in the market.

The last few years have seen a surge in M&A activity across both North America and Europe.

The technology, media and pharmaceutical sectors led the way but desire amongst private banks – mainly Swiss – to acquire, merge or partner has also been striking.

Julius Baer also has a strong M&A track record. Back in 2013 it bought the International Wealth Management arm of Merrill Lynch outside of the US excluding Japan and in 2016 it acquired Commerzbank International Luxembourg.

Matthew Alexander, head of corporate development at Julius Baer, explains that both transactions had quite different motivations. “Bank of America Merrill Lynch was a fantastic opportunity to build significant scale in several strategic markets by securing a high-quality franchise that had very good overlap with our existing locations,” he says.

“Commerzbank secured us a new European booking platform. It brought with it the latest Temenos booking platform and significant professional expertise, which we adapted to suit Julius Baer requirements.”

Julius Baer continue to have a “very structured list of acquisition targets and potential partners, which are kept constantly on our radar”.

The first is a classic consolidation or ‘bolt-on’ acquisition. “This is a market we already exist in and want to scale up. Being bigger is increasingly important from a margin perspective,” Alexander explains. “The operating cost base is under pressure and with increasing complexity, scaling up to extract operational leverage is key. You also need size to extract more benefit from automating or robotizing your middle and back office processes to make your organization more efficient.”

Another strategy is a “new market entry” and usually takes the form of a strategic partnership or joint venture. “We’ve done this most recently in Brazil, Mexico and Thailand onshore. We often take an initial minority stake and then step up to majority or a permanent joint-venture,” Alexander explains.

“You seek to partner with the best, most experienced player in a new location to give you immediate market access, credibility, brand recognition and familiarity together. This de-risks your entry into a new market.”

The third option on the list is acquiring a “particular expertise, capability or team”.

“Over the last 6 years we’ve seen in particular US and UK banks like Merrill and for example Coutts exiting cross border wealth management businesses. That is happening less currently than it did following the financial crisis, but it is still going on,” he says.

Moreover, there are plenty of opportunities for expanding private banks to buy up the foreign operations of another.

“International wealth management is more expensive to operate now vis-à-vis regulation and so sub-scale businesses are being sold,” says Alexander. “Gross margins are under pressure so to offset that effect you need to be bigger or less complex and more automated. There are opportunities in Europe and also in Asia as banks look to ‘trim’ their wealth management activities.”

“The increasing demand from Italian clients to diversify custody of financial wealth across booking centres is the main reason why we are looking at the Swiss market. We chose Valeur because it is a financial boutique with a strong expertise in the private banking industry, that allows us to maximize synergies with our current business model.

“We see benefits in Switzerland from the changed market and regulatory context. Through Valeur we also intend to start expanding our presence in the country, developing a real banking hub,” he explains.

What do the analysts say?

Analysts are able to take a step back from the workings of an individual institution and look at the wider M&A landscape. So what do they see as the main drivers behind this M&A and will there be more?

They are surprisingly phlegmatic about the current pace of activity but believe it is ready to accelerate.

To Christian Hintermann, partner and head of financial services transformation at KPMG Switzerland, those figures show consolidation in the sector has slowed down over the last 2 years.

“Where we are seeing M&A deals, they tend to be smaller independent banks,” he states. “The rationale for consolidation is clear with a still highly fragmented industry, cost pressures, shrinking fees, more complexity as a result of new regulations and more demanding clients.

“We are seeing some banks cleaning up their portfolio and exiting some markets where they had an onshore presence as it is expensive to run their subsidiaries. Or others who are increasing the size of their subsidiaries in markets they consider key. But there has been nothing really sizeable over 50 billion euros. Nothing that makes you go ‘Wow’.”

That, he believes, is down to a lack of targets and shareholder pressure. “Despite poor financial performance the shareholders are patiently sitting and waiting. They are still scared of transactions,” he states.

“There is a heightened level of interest in M&A but at present it is being discussed around boardroom tables rather than being translated into activity,” he states. “It is a precursor to what could be an increased M&A activity level going forward.”

He sees “some pockets” of M&A primarily in the UK, Switzerland and Luxembourg. “The UK and Switzerland have the most fragmented markets across European wealth management. There is a long tail of potentially scale challenged players there,” he explains.

“There is heightened regulatory and reporting requirements increasing the cost of doing business. However, markets, with the exception of the end of last year, have been doing well which has largely masked some of these margin and operating challenges. Now there has been an early warning of markets possibly turning quite a few management teams in the smaller players are starting to think about aligning themselves to some of the larger players. Conversely, the mid-large tier of firms are realising that meeting their growth targets organically is quite a difficult challenge.” 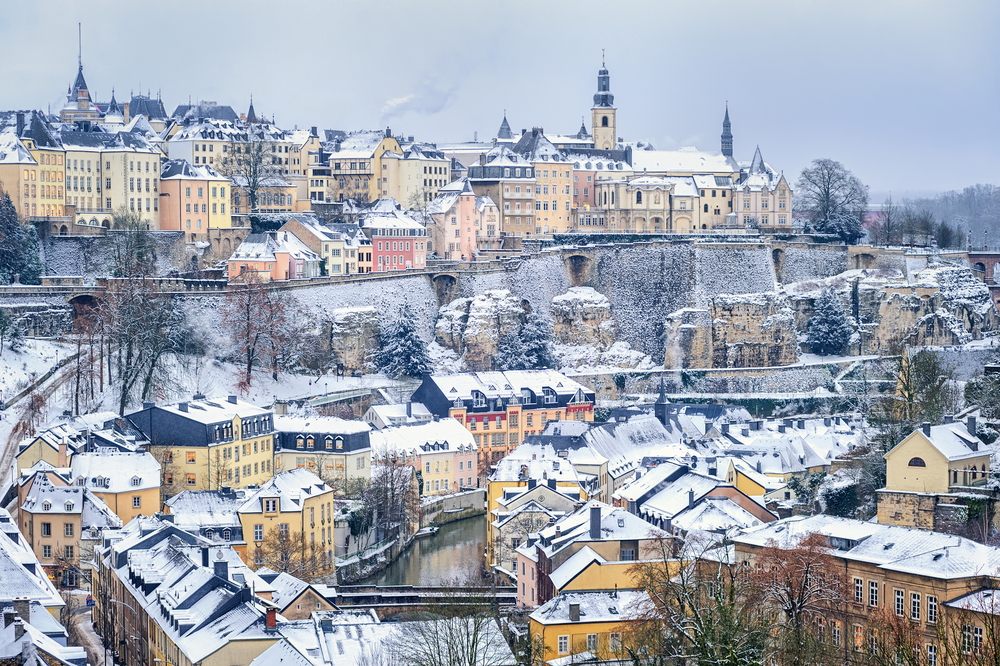 Luxembourg could yet see a boom in M&A activity

Upadek believes there are concerns around how the wider economy will perform over the next year. No private bank wants to buy at the peak of the market.

“[Consolidation] is a model which has worked well over the last 10 years bull market but if markets go sideways or down then you begin to quickly enter loss making territory,” he explains. “There will be a correlation of M&A activity to market movement and we believe firms need to get prepared for an impending downturn over the next 12 to 18 months.”

There will be no ‘merger of equals’ across the larger banks, Upadek believes. “We’ve seen in the past that this hasn’t worked because of the complexities of merging and integrating cultures. Private banking is a very high touch business and having clarity over which sales model will prevail means it is more likely to see larger banks picking up smaller firms,” he says.

“Indeed, it is another push towards consolidation as smaller firms realise that a high touch client model comes with significant cost.”

Topics in this article: deals
SUBSCRIBED