More and more UHNWIs are bypassing traditional investments and instead ‘clubbing up’ with their fellow multimillionaires. Oliver Williams looks at the emergence of the club deal.

In financial jargon, ‘club deal’ is one of the latest to land on the desks of wealth managers.

Simply put, a club deal is where families or individuals ‘club together’ with other wealthy people to make a principle investment in an asset or company.

As the 2018 ‘Family Office Benchmarking’ report from Northern Trust and Wharton Global Family Alliance, puts it: “Principal investments are direct investments in privately owned companies that family offices execute without an intermediary (such as the private equity firm)”.

Several studies have noted the steady increase in club deals. The Northern Trust/Wharton study found 42% of families they surveyed participated in a club deal in 2017.

The ‘Global Family Office’ report by UBS and Campden Research found that 54% of family offices complete between one to five “co-investment deals” a year and 29% between 16 and 19.

As reported in this edition of PBI, a new wealth manager, Azura, plans to lure UHNWIs with its access to club deals (see pages 14 and 15).

Popularity of club deals has grown over the past few years, notes Dr Michael J Oliver, co-founder of the Global Partnership Family Offices, peer-to-peer networking forum for the industry. “There’s been this generational change so there’s a different attitude with family offices. There’s more appetite for risk”.

The benefits of clubbing

With that risk comes the potential for higher returns. Something that is certainly enticing in today’s low interest environment.

Though data on average returns of club deals is scant – partially because two such deals are rarely alike – UBS found that 87% of co-investments met or exceeded expectations in 2017, compared to 80% of private equity investments.

The rise of club deals is driven, in part, by this growing disappointment in private equity. The sector is now raising more capital than ever before, creating a buyers market. Fund managers need not go round the houses of the wealthy rising money; much easier to book the lump sums of institutional capital being thrown their way.

Added to that are the fees private equity fund managers charge, which typically range between 1.75% and 2% and a performance fee of between 17% and 20%.

“Through ‘club deals’ family offices are able to pool capital and knowledge to make exclusive investments without incurring the fees of investing through a firm”, says the ‘Family Office Benchmarking’ report.

Control is another factor in club dealing. Whereas private equity investments hand control over to the fund manager, some investors are asking why they should have all the fun.

“There’s a really strong psychological thing that people like to be in control. Being in control makes you feel more comfortable,” says Jonathan Bell, chief investment officer of the multi family office, Stanhope Capital, which has led several club deals between its clients.

“We find with our entrepreneurs, they will take risks when they’re in control that they would never delegate to somebody else,” says Bell. One club deal he oversaw an early investment in S4 Capital, the latest venture of WPP’s former CEO, Sir Martin Sorrell. The deal earned Daniel Pinto – Stanhope’s CEO – a non-executive position at S4. 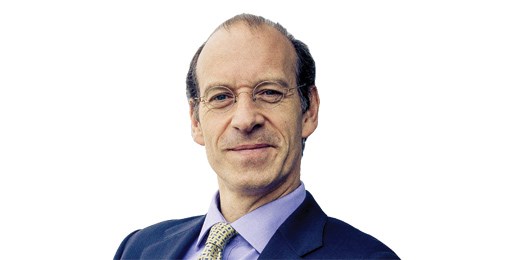 This type of investing resonates with venture capitalists and angel investors, who are a growing cohort in wealthy entrepreneurial circles according to BNP Paribas Wealth Management’s 2018 ‘Entrepreneur Report’. “Within this year’s research audience of 2,763 successful entrepreneurs, 86% have made private investments to support other businesses”, says the report.

Club deals are not exclusive to family offices, but, with their book of contacts and pool of wealth, they do make entry easier. Most multi family offices (MFOs) PBI interviewed said they are regularly asked to orchestrate club deals by their clients.

“MFOs have exclusive deals via their network of private equity dealmakers, fund managers and other investors. These communities often share investment opportunities even before they are made known to the market,” says the ‘Family Office 2.0’ report from Golden Equator.

Lured by potentially high returns and the prospect of control, many non-family office firms are now offering club deals.

UBS has just launched a ‘private capital markets’ unit for UHNW clients wanting to buy into the private market. Other private banks run networks where clients can be introduced to like-minded investors. The Coutts Investment Club is one, which, in its own words, “introduces financially sophisticated, high net worth clients looking for investment opportunities to exciting, high-growth private companies”.

Even private equity is realizing it is losing out by not being in the club. The ‘Family Office Benchmarking’ report notes: “We are seeing another trend where family offices choose to invest alongside a private equity firm in which it is already a partner on a deal by deal basis. This ‘side-by-side’ investing allows the family office to leverage the private equity firm’s capabilities in sourcing, due diligence, pricing, structuring and monitoring transactions”.

Then there is the new breed of advisory firms that are neither quite wealth manager, family office nor private equity firm. Independents like Cornerstone Capital, RedBird Capital Partners and others specialise in pairing UHNWIs together to invest in large companies alongside some of their own capital. Normally run by ex-family office or private equity fund managers, these firms are becoming more influential in private capital markets.

Not all club deals invest in private companies, though. According to UBS’s ‘Global Family Office’ report, the most popular sector for club deals is real estate. In a survey of family offices, 60% said they had co-invested in real estate deals. “Other popular industries to invest in are technology (46%), healthcare/social assistance (34%), and finance and insurance (34%).

And while most club deals are all about control and returns, there is a steady flow of deals that seek another outcome: Impact.

According to a survey of mostly family offices by the Financial Times and GIST (Global Impact Solutions Today), 43% of managers source their impact investments through co-investment opportunities.

Here, the control element of club deals can be very useful. With a place on the board a club deal investor can see whether or not their target company is aligned with impact investment goals.

Perhaps a clean energy or green tech firm (the largest recipients of impact investments) buys technology made with environmentally harmful methods. An active investment club can change that.

Then there is the long-term nature of a club deal. Since most investors are not looking for an immediate exit, club deals typically last longer then the five-year private equity cycle. Asked what triggers an early exit from an impact investment 42% of respondents to the FT/GIST study said they do not need to exit early; 16% said it would depend on the impact performance or goal.

Not a club for everyone

For some UHNWIs, however, the prospect of a high-risk investment where they are supposed to be in control sounds like a raw deal. Isn’t that what family offices are for – to manage wealth safely and securely?

“Club deals are not as prevalent as its made out to be. Its basically families which know each other or have some sort of history together. Its not as common if you look into it,” says Tayyab Mohamed, a director of Agreus Group, a recruiting firm for the family office industry.

For club deals to work there has to be trust between the investment partners. That normally comes about through years of knowing one another, something that no family office private equity firm, or third party can instantly create.

Club deals, therefore, are unlikely to rock the wealth management sector anytime soon. Like any club, only the like-minded are invited.