Given external events, it was perhaps fitting that the first question posed by Mo Choukeir, CIO of Kleinwort Hambros and opening speaker at the PBI’s 2019 London summit, was, “Are we ready for the future?” 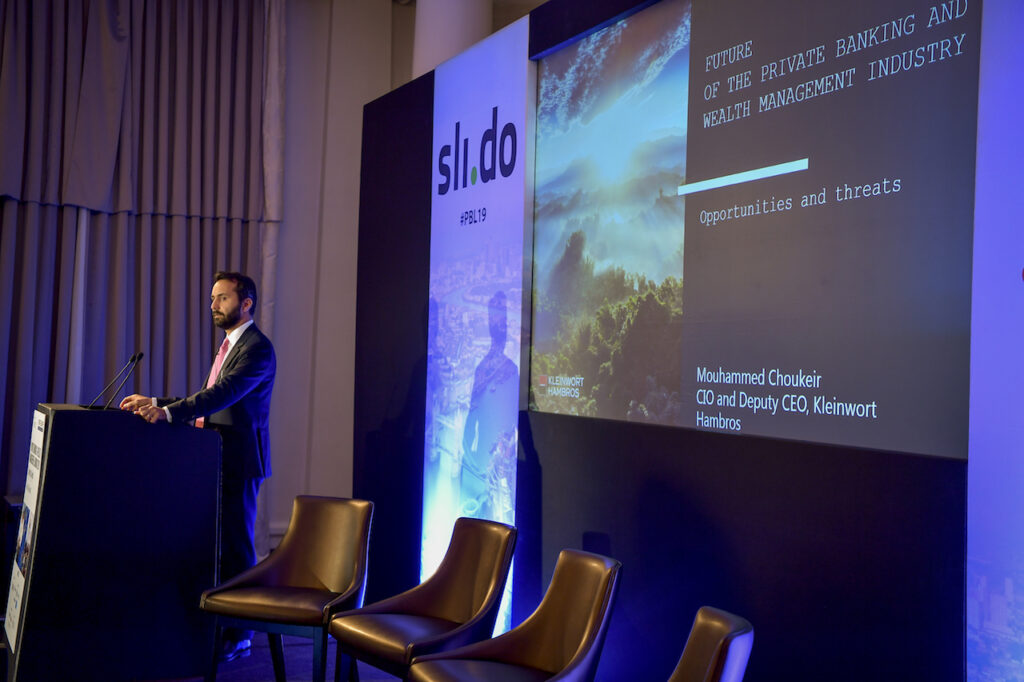 PBI’s annual London conference and awards fell on the same day that Boris Johnson won a resounding victory in the first round of voting in the contest to be the next Conservative Party leader, and by extension Prime Minister of the UK. This brought into sharp focus concerns of a no-deal Brexit and the political and economic volatility that may lie thereafter.

For all the concerns in recent months that a recession is on the horizon, Sean West, CEO of egX (part of Eurasia Group) told the audience that the world is already in one, but of a political nature, not economic.

“We’re seeing the return of country risk in a lot of places that we didn’t have to worry about previously,” West said.

“The political system is more brittle. So, if you have a crisis, you won’t have a response like you did in the past.

“Perhaps what was most remarkable about the wake of the global financial crisis was the fact that you had the G20, who got around the table and said, ‘We’re not going to tariff other, we’re going to try and coordinate our fiscal stimulus, and our central banks are going to inject money into the system.’

“Fast forward 10 years, we’ve got a world that’s been lifted out of the global financial crisis, in some ways, due to that coordination.

“Today though, instead of G20, we have a G0. The table of countries that are meeting to discuss how to solve global events is actually empty with chairs tipped over and nobody’s in the room.

“Countries are introducing risk into the system because they’re not actually trying to solve problems.” 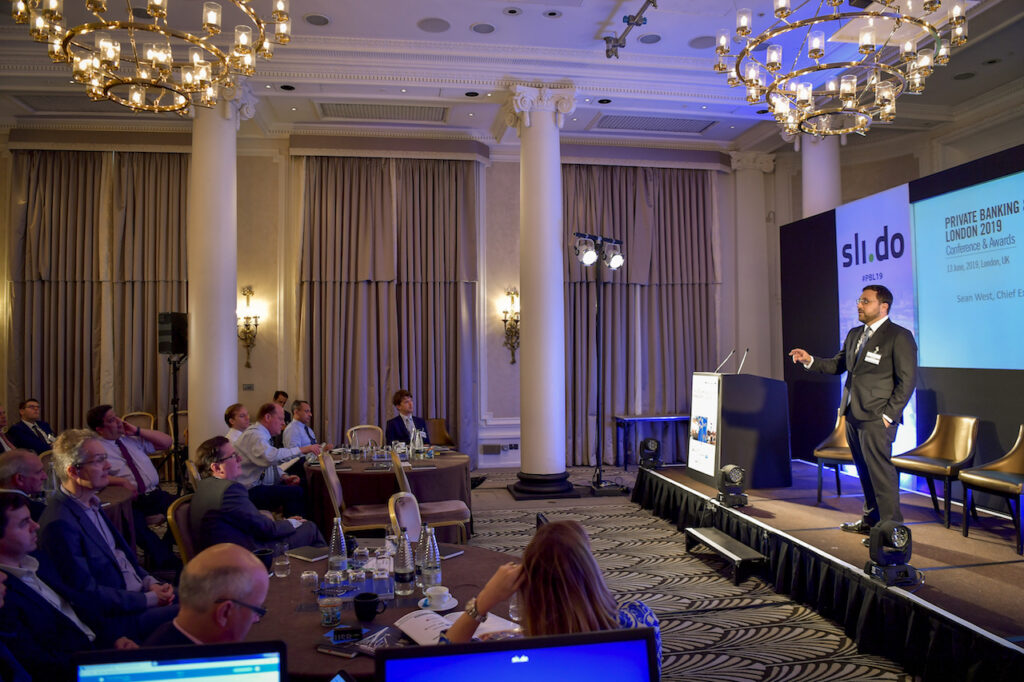 Unsurprisingly, many of the recurring themes of the industry were prominent in the day’s discussion, such as the huge transfer of wealth expected in the next decade or so and the work banks and wealth managers need to do to engage with the generation set to inherit it.

Annabel Bosman, former managing director at Julius Baer, told the audience: “A consistent theme for both male and female millennials, and probably women of an older generation, is that they wish to work with an advisor who can work with them based on setting goals, rather than purely looking at a set of the products.

“And this is the shift to the way we think about holistic wealth advice in the UK. But I think we still have further to go in terms of changing the language that advisors are using when they talk to clients.” 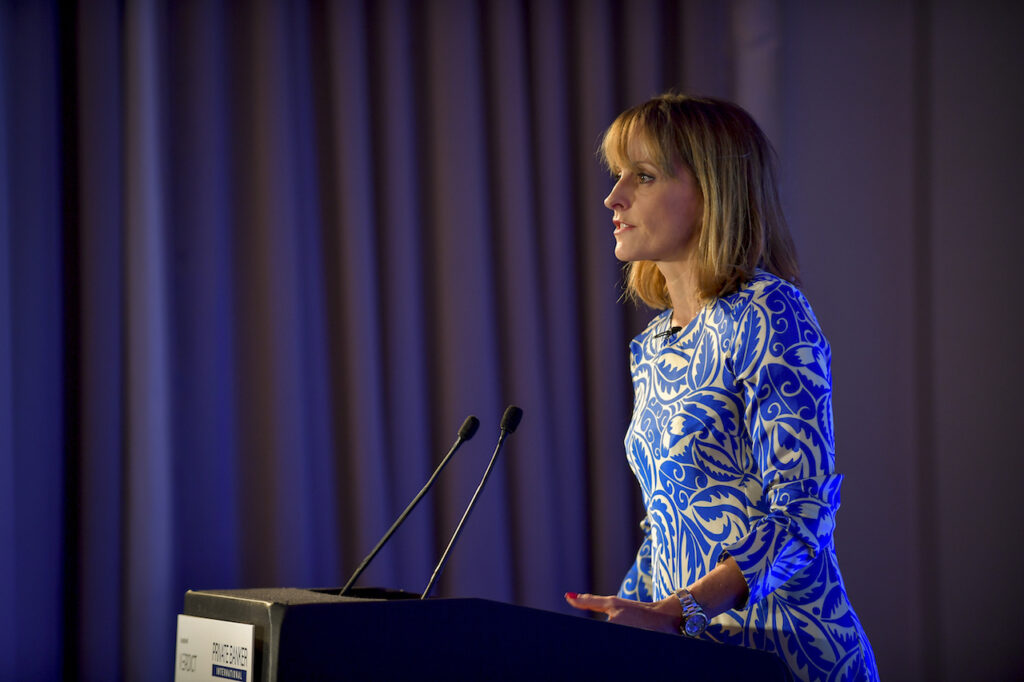 This brings to the fore the increased attention paid to the values a bank represents, as the concerns of stakeholders evolve with the changing mindset of a new client base.

“Our clients are saying increasingly that they want their portfolios to be managed ethically,” said Ian Dembinski, head of the Rathbone Brothers’ private office.

“We have a unit called ‘Green Bank’, in which we run in total around £1.3bn, where clients can tailor their portfolios to reflect their values.”

Hybrid advisers, investment solutions that mix a robo-advisory interface with a human element, were another area of discussion by the day’s various speakers and panellists.

“In my view the world is not going digital, it is going hybrid – a combination of personal and digital,” Ton Kentgens of technology and advisory services provider, Ortec Finance, told the audience.

Anu Gurm, head of financial planning and advice in private banking for Coutts, subsequently spoke of the challenges in creating such a hybrid advisory model.

“The way I see it, each of the traditional six steps of the financial planning lifecycle has a couple of dials: you can dial up the digitisation and the automation, and you can dial down the human interaction.

“My view is that that model should be built not with a lens on cost, but on client value.”

Gurm provided the example of a couple in their 30s, broadly in the mass-affluent segmentation, who had inherited a healthy amount and were happy to invest this in a way that would see moderate growth over the next 10 years. This is a scenario where the analysis step of the lifecycle could be largely automated.

This, Gurm argued, should be contrasted with a couple in their late 50s who are thinking about retirement and inheritance while also meeting their day-to-day financial needs. This is where the human element would need to be factored in to achieve the more complex understanding of that couple’s needs.

“You would never want to ‘automate away’ a fact-find process: that is where the relationship is built,” Gurm summed up. 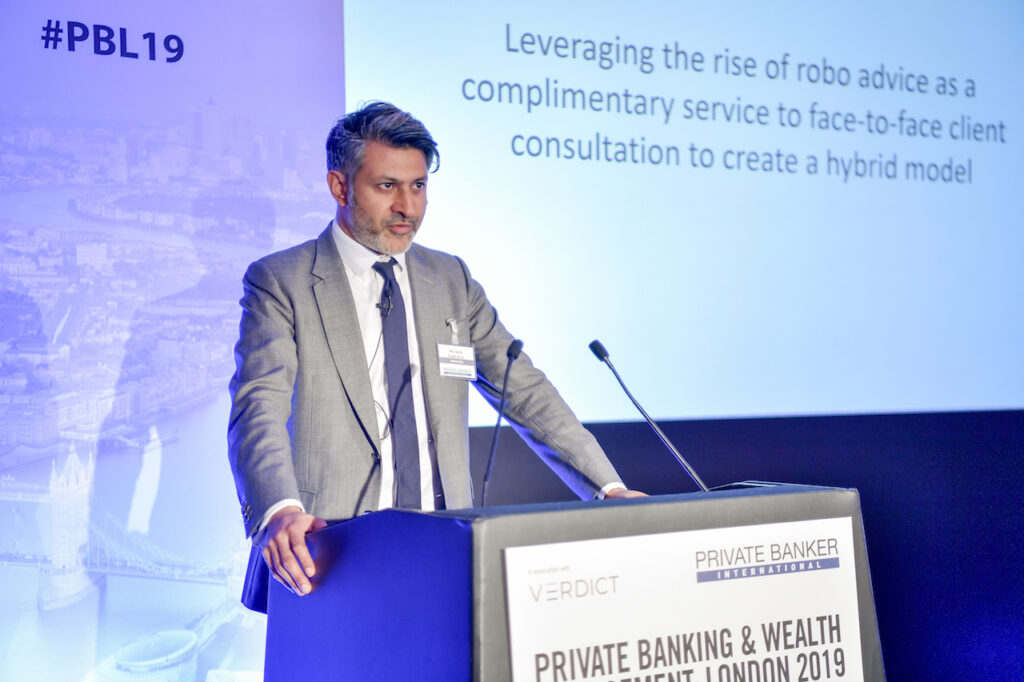 Anu Gurm, head of financial planning and advice at Coutts

The wealth management industry, according to Gareth Johnson, head of digital channels and investment solutions at Brewin Dolphin, is falling foul to a number of errors in its strategy for future readiness.

Johnson believes the expected $30trn transfer of wealth is a myth due to increased longevity.

“If you think of that 95 year old who sadly passes away, and passes it down to a child they had when they were 30: how old is that child? 65.”

He explained to the audience the dangers in adopting a digital solution purely in expectation of this wealth transfer, which might never happen.

“That is a really silly business strategy. If millennials have an extra £20 a month, they don’t want to put it to one side, because they want to spend it on Netflix and flat whites.” 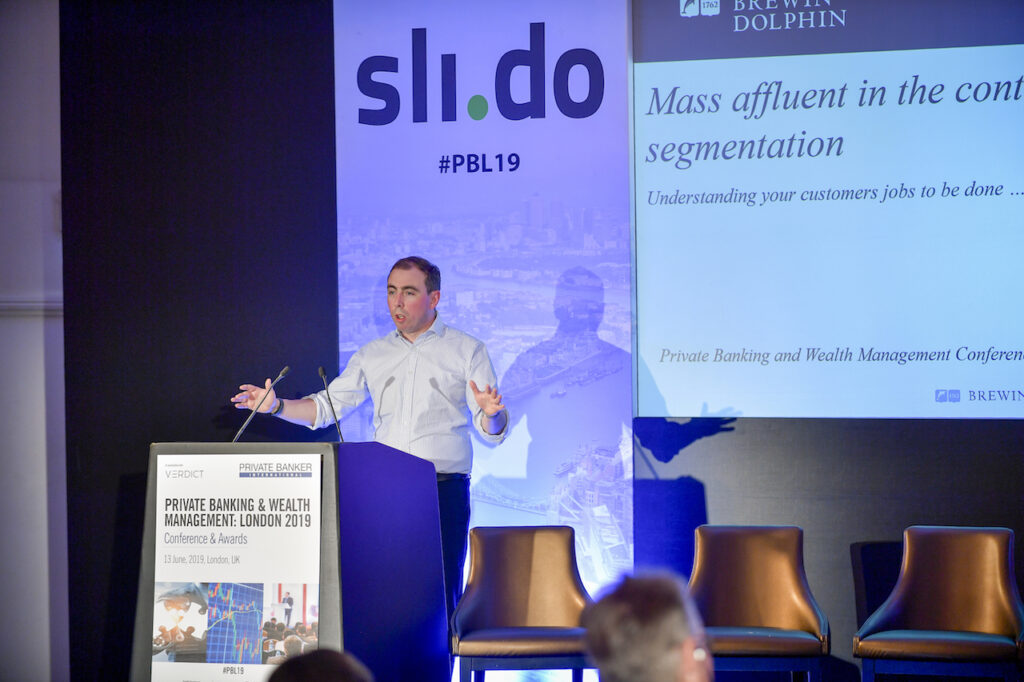 Johnson also spoke of the pitfalls in highlighting the mass-affluent client base as an opportunity to onboard more individuals in order to supplement decreasing fees.

“Who wants to be a customer of a service where you’re just supplementing someone else’s fees? That doesn’t sound like what I want.”

So how should the industry best go about preparing for the future? According to Gareth Johnson, educating clients should be front and centre.

“We’ve had a physical fitness craze and we’ve had mental health craze. How do we now actually get to financial fitness? How do you start to help people to understand why these things are important?

“How can we help them understand that actually investment is really good and will be the thing that helps in this ever longer life where wealth is going to be even more important?