It is not just low interest rates and fears of an economic downturn that are causing more HNWIs to invest in luxury assets such as art and fine wine: Banks are getting inventive with the asset class too, finds Oliver Williams.

Nervous clients are busy upping their portfolio allocations to the traditional ‘safe-haven’ assets of gold and cash. But the last global recession taught investors about another island of calm when things get rough: Luxury assets.

These typically include fine wines, art and precious jewels and stones. The Knight Frank Luxury Investment Index stretches the definition to include coins, classic cars, furniture and rare whiskey. On the 10 year anniversary of the 2018 recession the index was up by 161%.

As the economic cycle comes around again, as many suspect, luxury assets are coming back in vogue. But some private banks and third parties are pre-empting investors and launching more secure and accessible ways to buy into these luxuries.

Art and Bonds: A match made in free ports

Reyl & Cie is one private bank that has recently applied creativity to art lending. Partnering with Link Management and Griffin Art Partners, both in Luxembourg, the Swiss bank has started offering art-backed loans.

These work from a securitisation platform for asset-backed securities that gives the opportunity to invest in bonds backed directly by works of art. Coupons can then be paid quarterly or semi-annually with an annual return of between 5 to 10%.

Not only are these returns attractive to investors when a piece of art might otherwise just hang on their wall, but it brings liquidity to an asset class that is notoriously illiquid.

Michael A Welti, head of Zurich and managing director of Wealth Management for Reyl & Cie says he has seen a growing interest in fixed-income products with works of art as their underlying assets. “We are seeing more and more instances of art being used as an instrument for asset management purposes, and one that is set to become increasingly important in the future.”

Luxembourg also has a role to play in this type of lending. The country is home to a number of ‘free ports’; tax free zones with storage facilities specifically designed to house art collections and other luxury assets. “The borrower is usually required to store the artwork with a third party depositary or a free port”, says Reyl of its new securitisation platform.

Le Freeport owns one of Luxembourg’s largest storage facilities. Its other one is in Singapore, where luxury investments are very much on the rise. China became the third largest art market in 2018, after the US and UK, accounting for 19% of all sales, according to a report by UBS and Art Basel. Most purchases are from dealers or auction houses outside of China and many buyers prefer to keep their newly acquired goods oversees for tax and legal reasons.

It is not just art that ends up in free ports, however. Le Freeport also operates climate- and humidity-controlled ‘chambers’ for fine wines. These have been growing in popularity in Asia, where some 63% of all wine auction sales ended up last year, according to Sotheby’s.

“Since opening our Singapore office 12 months ago we have seen a rapid increase in the number of new investors,” says Patrick Thornton-Smith, commercial director of Cult Wines, a wine investment business.

“A large part of this interest, in addition to a growth in wine education, appreciation and consumption, has been in the investment sector,” says Thornton-Smith. “With the very healthy economies of ASEAN countries, wealth creation continues to increase and fine wine, as a well performing alternative diversification asset, is rapidly becoming a crucial part of many individual portfolio and investment collections.” 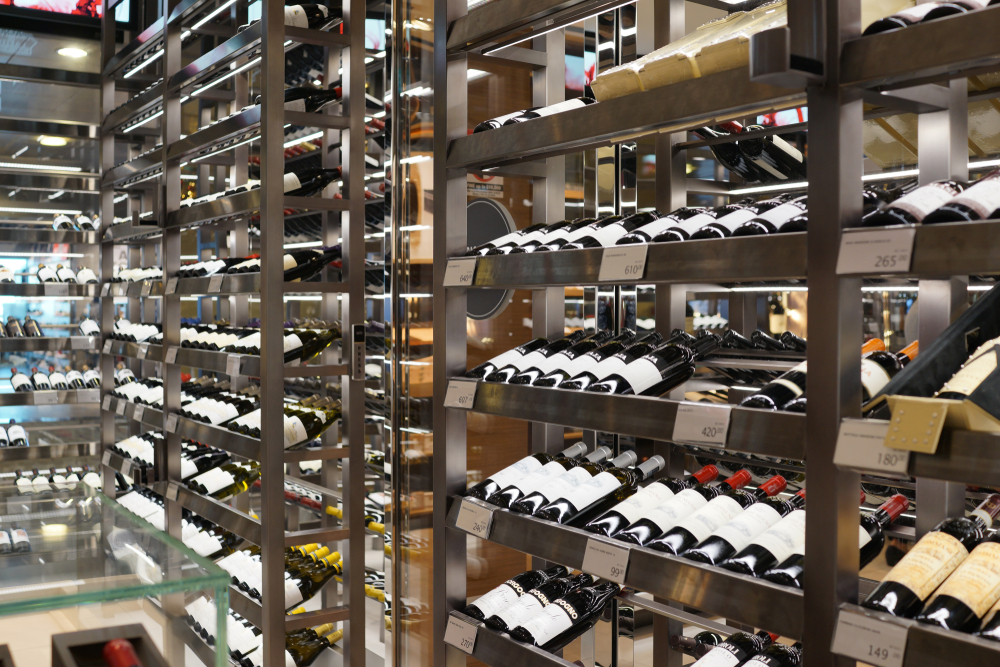 A wine storage facility in Singapore

While wine might be growing as an asset class, so too are fears around fraud. An FBI investigation in 2016 uncovered a $45 million fraud of Premier Cru. Successful scammers are thought to rob the European economy of €2.7 billion a year.

The solution, says Thornton-Smith, lies in pairing this centuries old investment with blockchain technology. “Blockchain technology clearly offers some advantages to the tracking and authentication of physical assets such as wine. From this we can derive a far higher degree of fraud and counterfeit protection”.

This is already being done for the most recent vintages, which are now tracked on a blockchain ledger from pre-bottling all the way to final consumption.

The same has happened in the art world. In December last year, a Christie’s sale of the Barney A. Ebsworth Collection was recorded on a blockchain ledger for the first time for works at this price level (the sale totalled $323.1 million). Artory, the technology provider that recorded the transaction, creates a “timestamped and tamperproof registration” within its Registry. That means the work’s provenance, as well as its ownerships, will forever be stored on a purchase ledger.

This will come as a comfort to HNWIs worried about fakes. It will also assure regulators that money is not being laundered through luxuries, as it all too often is.

Art is culpable to laundering, but so too are gems, especially diamonds. During the 1991-2002 Sierra Leone Civil War, diamonds that were smuggled out of the country to pay for arms were called ‘blood diamonds’, a label the industry has never been able to shake.

In order to counter such stigma and scams, De Beers has announced plans to launch the world’s first diamond blockchain. The diamond mining company will create a ledger to record the whole process – from diamond mine to jewellery sale – to ensure investors that theirs is not a ‘blood diamond’.

While public perception is important, so too is regulation, which is catching up on fraud. In the US, the House Financial Services Committee has released three proposed bills to toughen up Anti-Money Laundering (AML) laws. One of these wants to extend the definition of “financial institutions” to include “dealers in art or antiquities”.

Regulation over blockchain is quickly evolving too, as authorities fear the technology will help fraud rather than prevent it. The UBS Art Basel report noted the anonymity of cryptocurrencies could create a “black market of dubious transactions that could worsen the reputation of the online market with new buyers.”

With an average of 4% of HNWI portfolios allocated towards luxury investments, according to the Knight Frank Wealth Report, some luxuries are beyond the price point of mere millionaires. Those just qualifying as HNWI (requiring a net worth of $1m) have an average luxury spending pot of just $40,000 by this definition.

That’s not from enough to buy a 1962 Ferrari 250 GTO, which now go for around £50 million, or even a bottle of 1945 Romanée-Conti: one sold for half a million dollars last year. 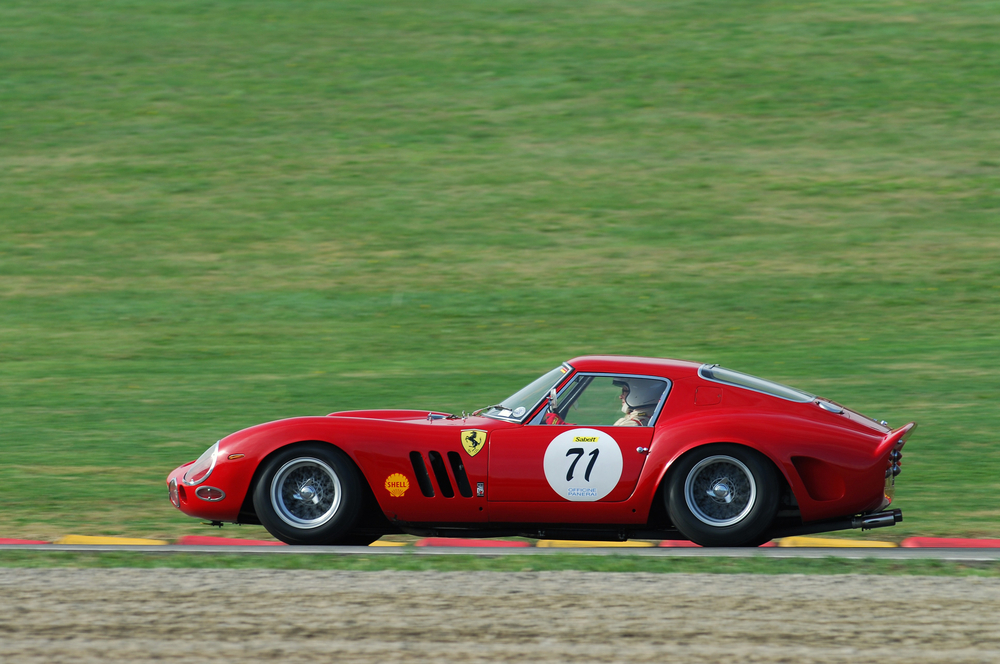 The 1962 Ferrari 250 GTO is the most expensive collectible car

However, things are looking up for these poorer millionaires thanks again to blockchain. In October last year, Cult Wines announced a partnership with TEND, a “lifestyle investment platform” that leverages blockchain technology to enable fractional ownership of wine. TEND also offers the same model for ownership in horses, classic cars, art and watches.

Through this model portfolios of wine can be co-owned with other members. What’s more is these assets can be enjoyed: TEND’s founder and former Credit Suisse chief digital officer has said that “members will soon be invited to exclusive, themed tasting events, hosted by Cult Wines, where they will enjoy special vintages amongst fellow enthusiasts”.

If more billionaires are downgraded to HNWIs in the next economic cycle, then this type of luxury investing could be a way forward. Moreover, if the worst comes to the worst, they can always crack open a bottle or two.