With the anniversary of this ground-shaking piece of regulation, Paul Golden explores how it has affected the private banking industry and what is still to come.

While MiFID has undoubtedly created some headaches for private banks and wealth managers in Europe over the last year, it has also provided an opportunity for these organisations to review the efficiency of their operations.

The cost of MiFID II

Much of the debate around the impact of MiFID II has focused on the effect on income. The McKinsey report European Private Banking in 2018 – Running for scale notes that MiFID II is expected to create additional revenue pressure until 2020 with estimates on the negative impact on revenue margin ranging from 1% to 2% for private banks.

Adam Wisniewski, senior manager at Orbium accepts that margins have fallen. But he also refers to a professionalisation of the relationship between clients and wealth managers and private banks over the last 12 months as detailed information from – and the classification of – the client and structured information on products, costs and investment goals by the relationship manager have improved.

“Due to the shift in responsibility, ‘ownership’ of the client is shifting from relationship manager to bank, which is further amplified by the GDPR regulation,” he says. “However, few institutions have embedded the transformation driven by the directive within a broader strategy that would compensate or even over-compensate through the deployment of digitisation and new business models.”

Phil Deeks, a technical director at TCC (The Consulting Consortium) says it is likely that both implementation and operational costs are higher as a result of MiFID II. “More generally, we are seeing firms re-engineer their processes for greater operational efficiencies as a way of reducing the impact of these increased costs.

“The greater use of technology and automation within the advice process – as well as the ongoing process of refining their proposition – will be an important area of focus for wealth managers in the year ahead.”

A spokesperson for Spanish lender, Bankia, acknowledges that the impact of MiFID II has been felt on the bottom line as the bank has had to replace fund rebates for explicit fees and clean share classes in investment funds. He also refers to increased interest in discretionary mandates and explains that the bank has reduced its advisory threshold from €1m to €500,000.

Getting what you pay for

Interest in discretionary mandates was an outcome many predicted of MiFID II. McKinsey, the management consultancy, observes that in an environment where advisors’ degrees of freedom in investment advice are limited by MiFID II and margins continue to be under pressure, contracted client service models – such as advisory or discretionary mandates – should be in high demand.

However, from 2013 to 2017 the share of execution-only serviced assets under management (AuM) dropped only slightly, from 60% to 55% of total AuM.

There has been a tendency to separate pure advisory services from the actual portfolio management services as service costs can be no longer hidden within the product costs, adds Wisniewski. “Clients have had to learn to pay for advisory service. I don’t see a substantial shift, but rather a higher transparency and separation of the different service types.”

Thomas Hoffman, partner at Simon Kucher & Partners, a strategy consulting firm, says that banks need to do more work on fee structures. “Unfortunately, there is still plenty of room for improvement on the banks’ side to better align the value delivered with the fees charged. In this context, they can learn a lot from other industries where the concept of ‘you get what you pay for’ is better understood.”

Not all institutions have interpreted MiFID II in the same way, however. Hoffman says most wealth managers and private banks have implemented only those requirements that are legally required. “The quality of the implemented solutions differs widely though. For example, the ‘cost & charges report’ is implemented at some banks in a very simple way and at other banks in much more sophisticated way. Also, the definition of new service models and effective client transition differs widely.”

Don Scott, another technical director at TCC, suggests MiFID II should not have significantly impacted the relationship between clients and wealth managers in the UK. The origins of the legislation was to drive a ‘belt and braces’ approach to mandated annual suitability reviews, which many firms in the UK were already conducting.

“A year on, firms are starting to review their approach to ensure compliance, but also that client relationships have not been adversely impacted,” Scott adds. “They are also giving more upfront disclosure on what MiFID II will mean for clients.

“As an example, the 10% portfolio change reporting rule has led to a greater emphasis on client communication around this at the start of the relationship to minimise the risk of clients panicking and selling out too soon as a result of temporary market movements.” 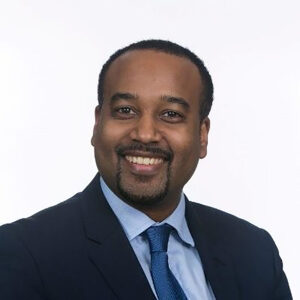 IT and reg-tech shares the burden

There seems to be little doubt among those interviewed for this article that MiFID compliance has increased the burden on the technology resources of private banks and wealth managers. “Banks have invested a lot of money on improving their IT in order to be compliant, providing additional documents (reports, contracts) and performing various analyses such as alignment of a client’s effective portfolio allocation and risk with the pre-defined (theoretical) strategy and asset allocation,” says Scott.

Bankia is one that has felt the effect of MiFID on its IT systems. The bank had to introduce new compliance procedures and specific reporting systems, all of which has required intensive IT support. “One of the most difficult items to implement has been the suitability test and establishing the adequacy between the target client and the correct product family,” a spokesperson from Bankia said.

According to Hoffman, there is still plenty of room for improvement in banks’ IT systems, for example when it comes to pricing and discounting information. “This is done fully manually in most banks via handwritten notes or phone calls, leading to a huge risk for errors/incident reports and therefore incorrect client invoicing or even overcharging.”

Many firms have also started to look at how technology can increase efficiencies in compliance monitoring activities such as file reviews and call monitoring. But Scott suggests the question that no one has successfully answered from a commercial perspective is: what do we do with all this data?

“The massive amount of data required under MiFID II reporting rules may have uses for firms outside of compliance and trading patterns,” he concludes. “For example, are we seeing trends in best execution reporting? Given the transparency of costs and charges, have we looked at the costs of our downstream providers?

“Firms have also started to look at the ways IT can help to increase efficiencies in compliance monitoring activities such as file reviews, listening to calls, etc.”

MiFID II is not the end

New rules for ex-post disclosures are due to come into force in April 2019, which will provide greater transparency for investors. These measures will force organisations to provide a ‘personalised and aggregated’ view of all costs and charges since 3 January 2018, when MiFID II came into effect.

This will place heightened scrutiny on the value these institutions deliver to end investors adds Steve D’Souza, global head of private banking & wealth management at Fenergo, a provider of client onboarding systems.

“The operational impact of the cost disclosure requirements will largely depend upon the size of the organisation and the complexity of its revenue structure,” D’Souza explains.

After a year under MiFID II there is still work to be done, both in compliance and technology. The costs of MiFID II continue to mount.