A common misconception is that wealth means health. If someone is exuding money, luxury and glamour, it is presumed that they are happy. Mishelle Thurai speaks with both victims and experts of mental health to understand how it affects HNWIs and what it means for wealth managers.

In the last few years, several high profile professionals have been in the spotlight over their battle with mental illnesses. One terrible example was the suicide of Kate Spade, a legend in the fashion industry with a net worth of over $100m. Only too late did it become apparent the businesswoman and designer had been suffering with anxiety and depression.

Rachel Kelly, a writer and mental health campaigner, went through her own personal struggles with depression. After having two major episodes, Kelly began looking for strategies to look after her mental health.

“I think everyone can be vulnerable to mental health problems, but I do think there is something particular about high net worth individuals,” Kelly told Private Banker International. “They outwardly have a really privileged life and they don’t seem to have anything obvious to be depressed about.”

For Kelly it was this common misconception that drove her to write the book, Black Rainbow: How Words Healed Me: My Journey Through Depression. “I am not in the category myself but I did have a privileged life, in the sense that I had a good job, my husband had a good job, and I still felt unwell,” Kelly said.

HNWIs who suffer from mental health issues and addiction need that extra support. But how does this affect the managers of their wealth? 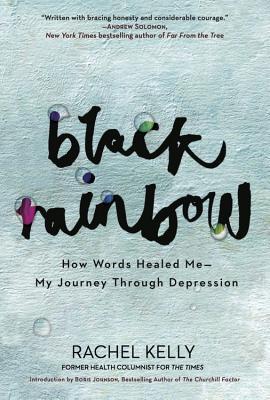 The health implications of inheritance

A key factor in the mental health and wealth debate is inheritance. Members of the next generation may be suffering with a mental illness or addiction which jeopardises their inheritance and succession planning.

Sandy Loder, CEO of AH Loder Advisers, provides consultancy services to banks and law firms who want to understand the next generation. “I had a meeting yesterday, interestingly, where the eldest son is ten years older than his two younger brothers, and they are not inheriting yet because they are seen as being rather immature,” Loder told PBI.

This can cause problems for generational planning. There are often concerns about the lack of interaction between the children of wealthy and wealth managers. But when the communication breaks down between a child and his or her parents, it forces a state-of-mind that wealth managers might struggle to change.

This breakdown can arise when parents force their children into a state of dependency. Paul Flynn, CEO of Addcounsel, a bespoke service aimed at behavioural wealth, said: “I think there is definitely some truth with inheritance planning strain. If you look at it from a slightly other perspective, the reality is very wealthy families control their children very often because the children have money, or they have access to money.”

“Often it is not their money and sometimes it’s never their money because they are going to be beneficiary of a very large trust, so the actual ownership of it isn’t even theirs. Secondly, often they have just enough money but not too much.

“What this does is demotivate them in a way, but they are happy to take the £100k or £150k and be at the beck and call of their parents,” says Flynn. “Now some people are quite happy with that and if that’s how it is then fine but it is a big challenge a lot of the time.”

Should wealth managers help, or be helped?

There have been conflicting views on the role of the wealth manager when it comes to dealing with a client who has a mental illness. But less has been said about treating the wellbeing of wealth managers themselves.

The job description of a wealth manager mostly focuses on their financial abilities. But is this a traditional way of thinking? Enabled by technology, communications between a wealth manager and client is increasingly one of constant contact.

Loder says: “You have got to look at the reward. How are they paid? How are they rewarded? Is it all the soft stuff as well as the hard stuff that they are getting paid to do? They are probably rewarded for performance and for gathering assets, not for stroking, hand holding and dealing with all of that…without a doubt there is some hand holding.”

Flynn acknowledges that wealth managers sometimes becomes part of the family: “I have seen advisers that have been working with families for 15, 20 years plus and they are part of the family. What you find as well is where it’s a family office-type dynamic, you might have somebody that has been involved with the family for many years and they are passed the role of sorting things out and that brings with it a whole range of pressures.”

According to Flynn, it’s typical to have a call from a client every day, asking for help or advice: “Sometimes it’s just about knowing to say the right things, spotting problems and moving forward… We have known beneficiaries of family trusts in excess of billions of pounds; this has to be managed really carefully because access to too much money will kill them.”

Clearly responsibilities like this can take their toll on the wellbeing of a wealth manager.

Strategies of dealing with mental health

Kelly has run workshops with institutions and banks, providing their staff with strategies to look after their, and their clients’, mental health. These often revolve around the psychical, for example nutritional strategies, and openness.

“The first thing I would say is… openness on the conversation is good for everybody and a good start. I would say the second thing is that, with my experience working with corporates and companies, you have to have the senior leadership on board,” Kelly says.

Kelly emphasises that nothing will change in the workplace or for clients unless their partners are also willing to make changes. They must make sure their staff are taking the precautionary measures to look after their mental health.

Julius Baer has recently started working with the Shaw Mind Foundation on mental health. Commenting on this parternship, David Durlacher, CEO of Julius Baer International, said, “We’re therefore proud to work closely with ‘The Shaw Mind Foundation’ to develop a bespoke mental health programme to train our teams on how to spot the signs and symptoms of mental ill health and what to do when we find them in ourselves and others.”

The program will target individual needs, promote employee well-being and employees with the tools they need to support both colleagues and clients, Durlacher said.

Help can also come from outside. Flynn’s Addcounsel offers a one-to-one service for families and individuals. However, these can be expensive, even for HNWIs. “We have had clients spend over £1m on treatment, so with that happening how do the other members of the family feel about that? Is that going to impact their inheritance?” asks Flynn.

“On the face of it everyone might be ‘like yes we want to see them get well’ but actually there might circumstances where they are worth £50m in assets, not necessarily liquid. When you look at it that’s a significant proportion of the pot.”

Wealth managers naturally form a close relationship with their clients, which often span over decades. They therefore become a listening ear and someone to go to for all advice, not just financial.

Furthermore, technology has enabled constant communication between client and advisor, which was not previously available. Clients now demand this ‘extra mile’ from their wealth managers.

This can be good for mental health: Advisors can spot it early and ensure their clients find the right treatment. But it can also take its toll.

Firms dealing with HNWIs need to provide training on mental health to their staff. They need to look for the signs of mental illness not only in their clients, but also in themselves. Both parties need to create awareness of the link between health and wealth. That is best achieved through openness.

The Impact of Money Laundering on Customer Due Diligence