The UK and Ireland arm of the American banking giant behemoth is a surprising leader in environmental and social change. Oliver Williams talks to Oliver Gregson, head of JPMorgan Private Bank UK & Ireland. 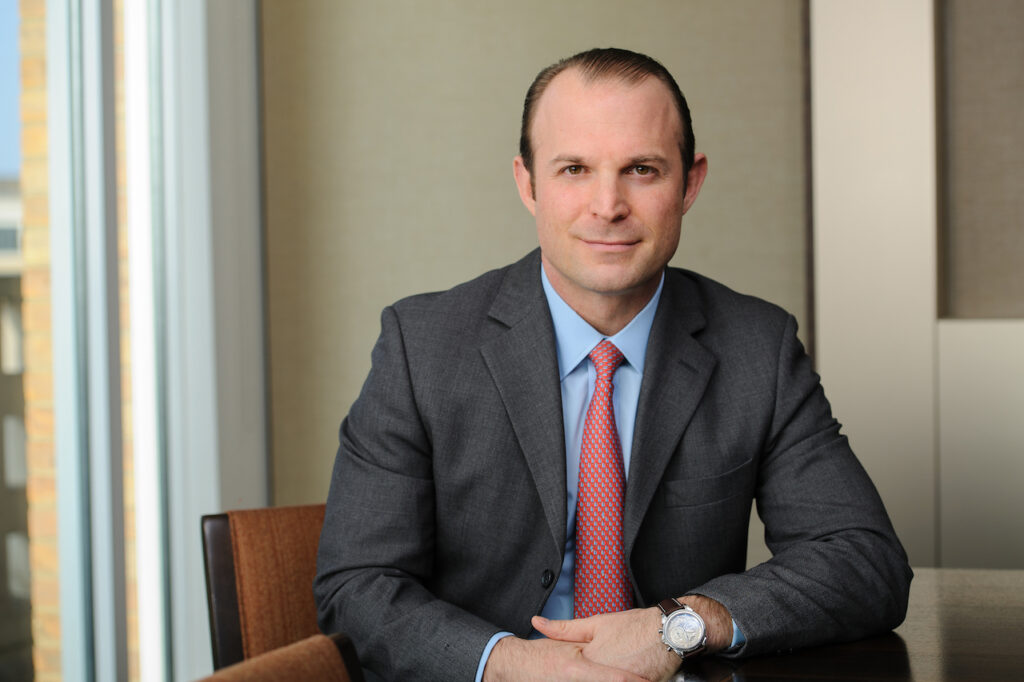 OW: There has been evidence of UHNWIs in the UK giving less and less to charity. Do you think JP Morgan does enough to help clients give their money away?

OG: We represent some 4,000 endowments, charities and foundations representing £40-odd-billion.

We advise on what’s charity about, all the way through to how to be effective in optimising the philanthropy that you want.

If we’ve honed it down to climate change, for example, well, that’s a big subject. Let’s try and focus a little bit more: What’s the most effective way to deliver bang-for-your-buck? Are you going to solicit requests for funding? What level of involvement is your family going to have? Are your kids going to have a role?

These are the types of questions we ask clients so they can create the most effective philanthropic legacy.

OW: What’s behind the huge increase in ESG investing we’ve witnessed over the last few years? Do you think it will continue?

OG: The millennial generation has a very different mindset about their wealth. Wealth for wealth’s sake is ostentation and pretentious.

Wealth for them is an enabler. Its an enabler towards their intent, their goals their aspirations. Profit is not primary.

So you have this incredibly socially aware population who tends to save more than boomers and spend way less, who won’t get married until their 34 and who are acutely aware about issues like climate change and social inequality.

OW: Given the clear social and environmental benefits, why are some people still latent on ESG investing?

OG: There are a whole variety of different reasons as to why that is the case: Temporal distortion – the way humans discount risks the further they are in the future, the complexity of the issue, and, and, and.

My sense is this is going to change and change really fast. I hope it does because this thing is not going to move in a linear fashion. I think it’ll become parabolic. Once a certain amount of ice melts, that’ll release more carbon, more heat, permafrost melts, more carbon, less reflective power, carbonisation of the oceans, and so on.

There’s perhaps a concern that you have to give up a substantial amount of performance when building an ESG/sustainable portfolio. But actually the research we’ve done shows that isn’t actually the case. You can actually see alpha being generated.

OW: It’s one thing for banks to advise on ESG investing, but shouldn’t they be seen to do more themselves?

We have the fifth-largest corporate foundation in the world, so we give away $350 million every year towards three areas of focus: social mobility, small business and financial resilience and inclusion.

We run a regular annual program called the Aspiring Professionals Program, which offers huge social mobility for a large number of disadvantaged children and the Queen herself recognised the efforts we were doing there. We were the first bank since 1971 to win the Queen’s Award for Enterprise.

We are doing a large amount on small business – we’ve funded a research project with the European Study Group in sponsorship with Aston and Warwick universities about how to have greater diversity in the start-up environment.

We will be 100% renewable in terms of our energy source by 2020; we’ve committed the largest amount by any bank globally – about $200 billion – in financing for clean energy; and we’re sponsoring the first-ever London Climate Action Week.

Our first ESG mandate was in 1970 so we have been doing this for quite a long time.