Could Caribbean countries now be home to more HNWIs than other island nations? Oliver Williams looks at a region where the golden visa reigns supreme.

There are approximately 120,000 high-net-worth individuals in the Caribbean, according to analysis of data by Private Banker International. That’s roughly the same as Austria and more than Ireland, New Zealand and Taiwan.

How could a group of small islands, whose economy is reliant on declining agricultural exports and seasonal tourism, have more millionaires than some parts of Western Europe, you might ask.

For most, the answer lies with Golden Visas, or more correctly, citizenship-by-investment (CBI) schemes, whereby countries provide passports in return for investment. This is a no-nonsense transaction: Passports that allow easy access to countries, such as those within the EU, are valued assets for some HNWIs who might be restricted by their own nationalities. 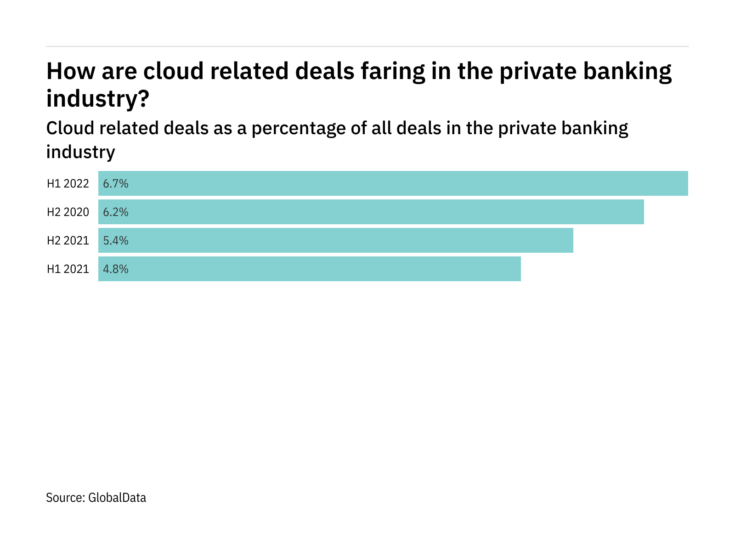 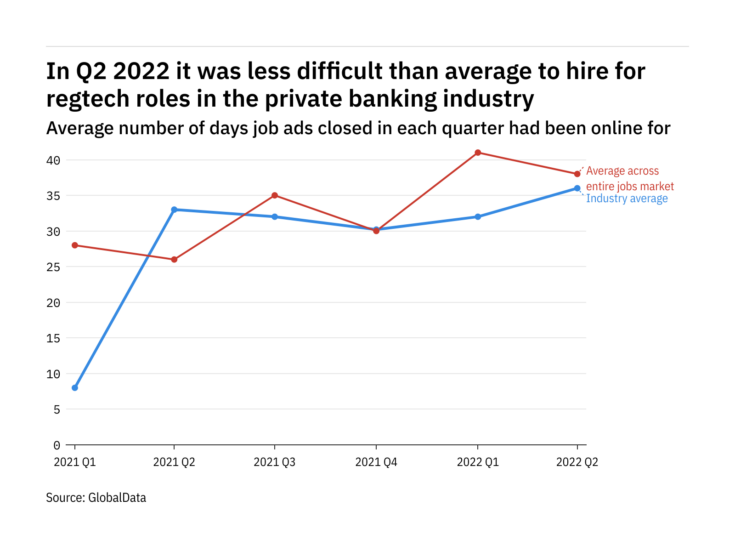 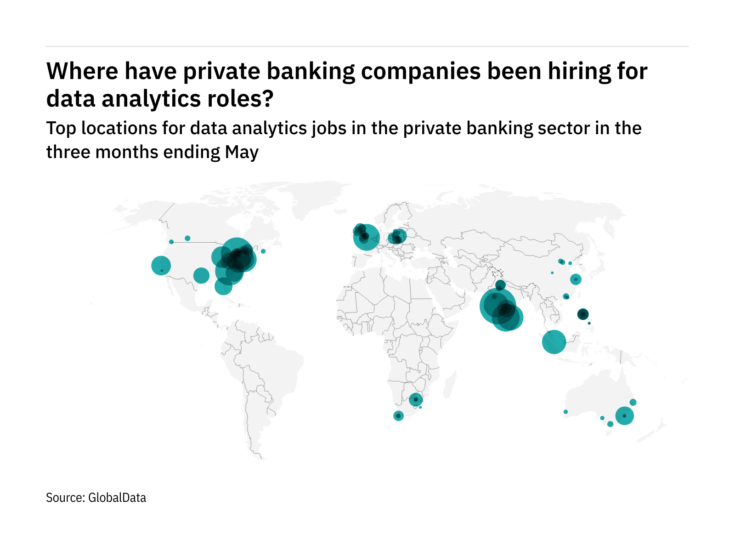 As the CBI idea grows and expands across the Caribbean Sea, more and more millionaires are calling these islands home. PBI looks at the region’s various models of development. 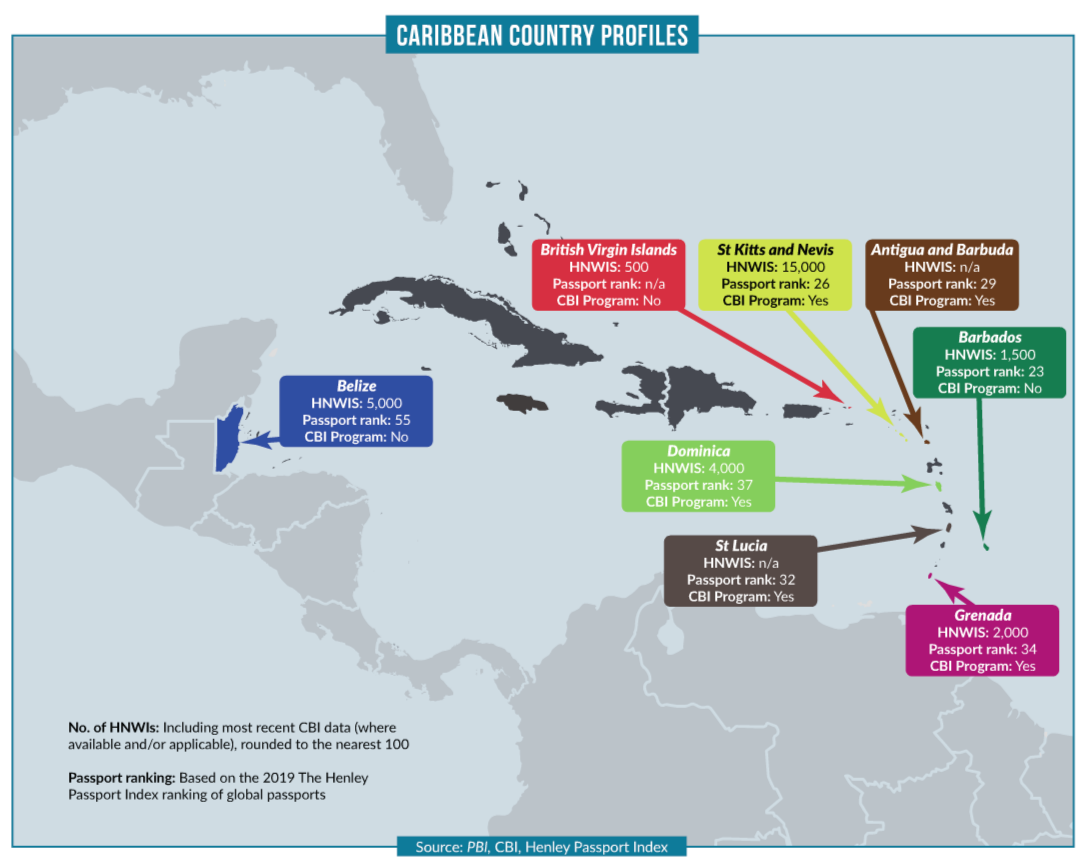 “They were doing this but not very efficiently. I was interested in this, a country where you can invest and they give you citizenship right away.”

Kaelin therefore travelled to St Kitts and Nevis, a two island country, to find out more. What he discovered was a system mired in bureaucracy where “you had three different ministries which had to give the right stamps and it took anywhere from five months to two years to get this through.” 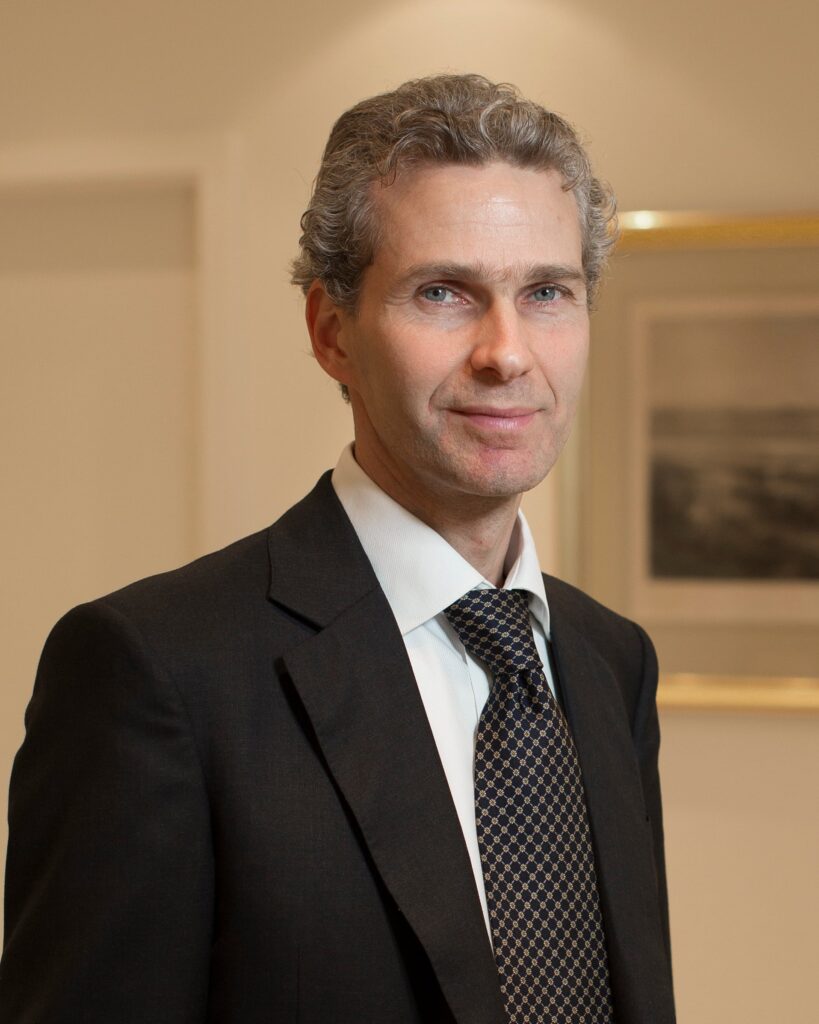 In 2006, Henley & Partners started working with the then government of St Kitts and Nevis to formalise its CBI process. In so doing it helped create the Sugar Industry Diversification Foundation (SIDF), “a kind of sovereign wealth fund to help the transition of the sugar industry into tourism and light manufacturing among other things,” explains Kaelin.

The result was the world’s first scalable citizenship-by-investment program where an investor could, provided they pass due diligence checks, be granted a St Kitts and Nevis passport in return for a lump sum investment. Such as passport would provide visa-free access to the EU in addition to over 100 other countries.

In return, St Kitts and Nevis was able to manage the transition from a sugar dependent economy. “In 2006 when we started, citizenship-by-investment contributed under 1% of GDP. In 2014, when our contract ended, it was 24% of GDP,” says Kaelin.

In July this year, the St Kitts and Nevis government claimed that it had earned more than $22 million over the past four years from the program.

However, St Kitts and Nevis quickly discovered there was a catch to such schemes. While the CBI program provided much needed investment into these islands, few of its new citizens could actually call these islands home: In the ten years between 2005 and 2015, the population of St Kitts and Nevis rose by approximately 6,000 according to World Bank figures. Over the same period, 10,777 passports were issued under the CBI program.

As locals worried about their sovereignty being sold out, foreign government fretted about who they were being sold to.

In May 2014, the US government’s Financial Crimes Enforcement Network (FinCEN) issued a warning that “illicit actors” were buying passports “for the purpose of evading US or international sanctions or engaging in other financial crime”. Until May last year, St Kitts and Nevis was on the EU’s blacklist of jurisdictions with low tax transparency standards.

The benefits and controversies of St Kitts and Nevis’s citizenship program would soon reverberate around the Caribbean Sea. 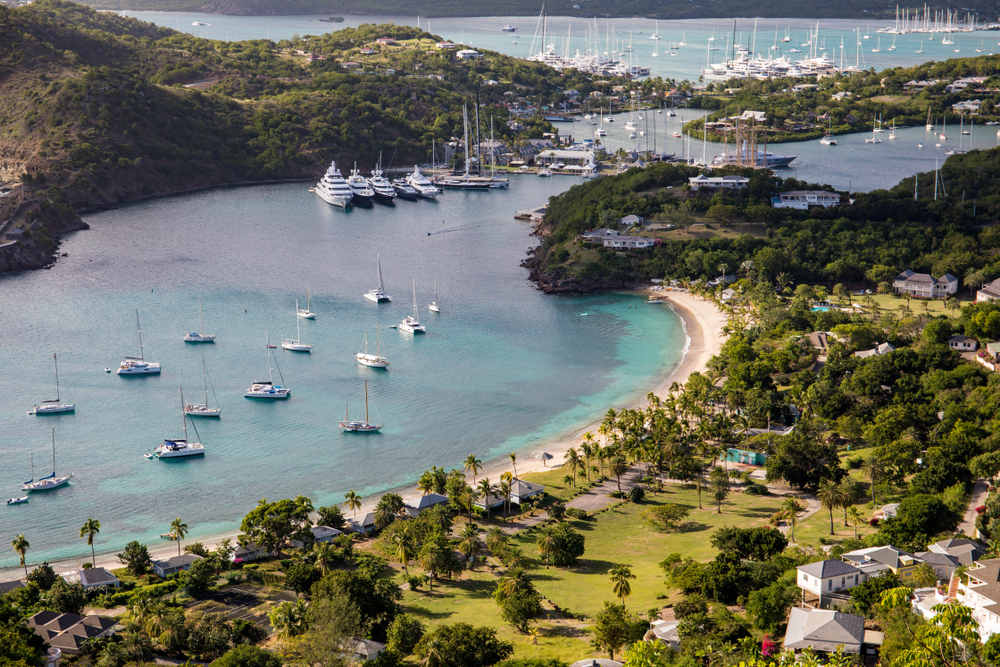 “The success in St Kitts attracted the interest of neighbouring countries in the Caribbean who wanted to do the same. We then got a mandate in Antigua to design a new citizenship program from scratch. We designed all the laws and regulations and everything”, Kaelin continues.

There is a catch, however: Investors have to spend five days in the country over five years. Though a tiny amount of time, many passport purchasers are finding they are becoming fond of these islands and are spending more time there.

Property developers are racing to keep up with demand. Half Moon Bay is a resort currently being built in the East of the island, which will offer 10 “Rosewood Branded Residences” priced between $10 million to $25 million.

Jumby Bay, another hotel/residential development in the north of the island, quickly sold-off its luxury residences when it opened two years ago. The price tags of these properties are more than sufficient to qualify for Antiguan citizenship. 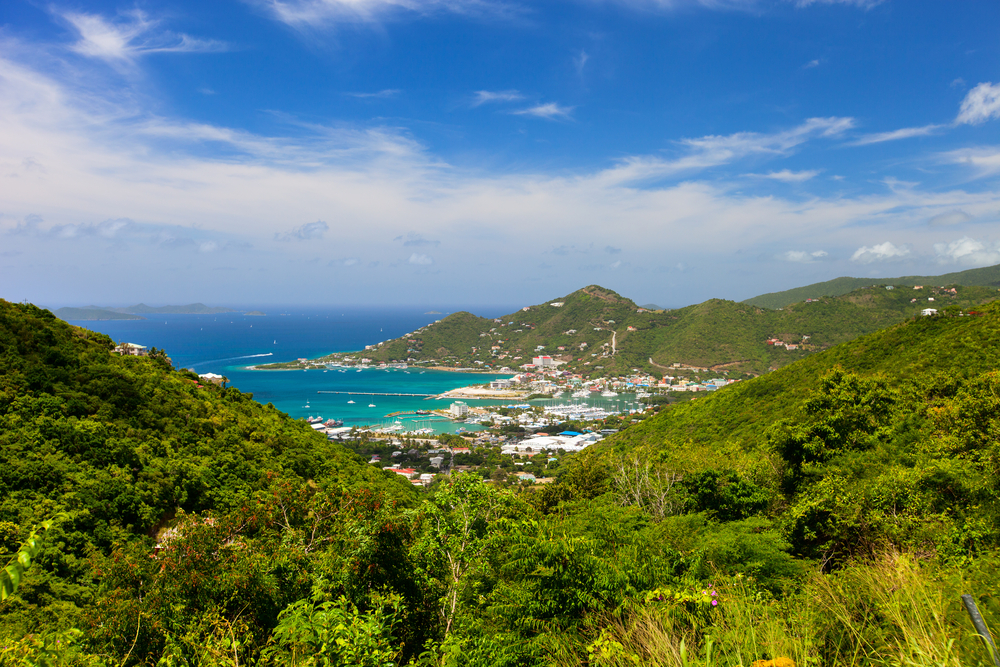 The last few years have not been kind to the BVIs. First, the Panama Papers exposé revealed massive failures in the country’s anti-money laundering checks. This resulted in a $440,000 administrative penalty levied against Mossack Fonseca by BVI authorities.

A year later revealed exposures of a different kind. In September 2017, Hurricane Irma ripped through the BVIs causing four deaths and an estimated £3.6 billion worth of damage to property and infrastructure.

Having seen how citizenship schemes can boost damaged economies, the BVI government said last year that it would consider offering citizenship or residency to wealthy investors. It is also planning to regularise the large number of expatriates who live on the islands, either as employees of financial firms (which make up around 60% of the islands’ GDP), or long-time inhabitants, like British billionaire Richard Branson.

This could be a popular move given the number of structures available to wealthy investors. Among these is the British Virgin Islands International Business Company (the “BVI Co”), which “is still the world’s favourite wealth management vehicle,” according to Matthew Howson, a senior associate at Harneys, a global offshore law firm.

Writing in PBI in May, Howson said, “there are around 600,000 BVI Cos in existence, and although it is no longer quite the case that every Hong Kong 18-year old receives a briefcase and ‘a BVI’, in many parts of the world they remain ubiquitous”.

This and other structures have bought an increasing number of private banks to the BVIs. Recently, VP Bank and Bank of Asia opened offices to target offshore companies, trusts and HNWIs.

Barbados does not have a citizenship investment program. Nor does it have the offshore financial reach of the BVIs. Instead, Barbados resembles something like a traditional private banking market, with a large number of local and resident HNWIs.

This native wealth is evident in the island’s racecourses, polo grounds and vast west coast mansions. It is also evident in the private banks that have set up on the Island.

RBC first entered Barbados in 2010 with a advisory and securities brokerage office. That office has since been ramped up to offer a full suite of services, including private banking. This was followed in 2015 with an outpost of London & Capital. 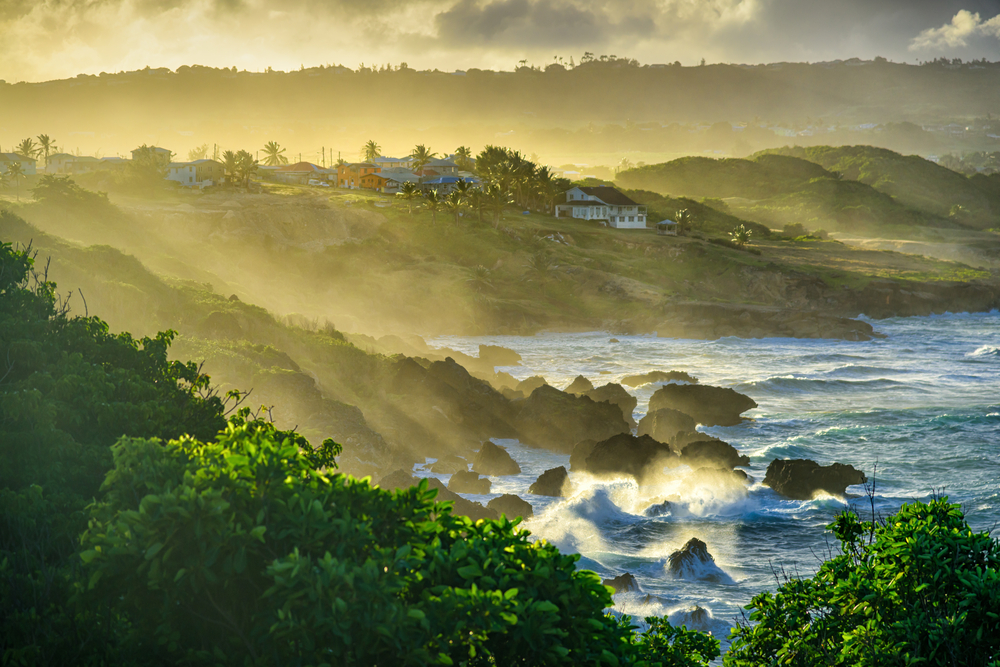 Collectively, these firms cater to local HNWIs, many of whom have made their wealth from the tourism industry (one of the region’s largest). Many also hope to benefit from the island’s large number of semi-resident billionaires. These include the owner of JCB, Sir Anthony Bamford and Irish racehorse owner, John Magnier, who also owns one of the island’s most iconic hotels, Sandy Lane.

But while Barbados does not currently offer citizenship-by-investment, the government might consider such a scheme. The sheer number of HNWIs with properties on the island would mean they could charge a premium over the $100,000 currently charged in Antigua and Barbuda. Its passport is also ranked by Henley & Partners as the most powerful in the Caribbean with visa-free access to 161 destinations.

Internationally, Barbados is taking steps to improve its image. In May this year, the country was dropped from the EU’s blacklist of tax havens after it agreed to remedy concerns regarding the replacement of its harmful preferential regimes.

Future of the golden islands

Many expect it is only a matter of time before richer Caribbean nations like Barbados and BVIs start offering CBI schemes.

Traditionally these schemes have been adopted by less developed countries – Grenada, Dominica and Saint Lucia also have them – in order to supplement declining agriculture or fickle tourism revenues. However, their adoption by wealthier islands will happen soon, say some.

“There are probably about 15 countries around the world that are about to introduce or expand citizenship or residency programs”, says Kaelin. “I think in ten years time [investment citizenships] will be the norm in most countries. Demand is very high and on the supply side you have more and more countries offering it.”

The next problem for Caribbean countries, though, is attracting HNWIs – and their financial service – to the islands, rather than remaining as offshore outposts. Regulations around offshore financial services are strengthening in most jurisdictions and public perception has soured since the Panama Papers.

Kaelin thinks this might change over time: “Not everybody is interested in the country. But if every tenth or fiftieth person does something else, it is an enormous investment.