Wealthy Brits might be unlikely to vote for the Labour Party and its leader Jeremy Corbyn in any forthcoming general election in the UK. But many are plotting against his policies should he get in. Oliver Williams looks at an issue that is bigger than Brexit in the minds of HNWIs.

Theories as to how the opposition Labour Party might take power in Britain vary. Some anticipate that a Brexit failure and resulting government collapse would trigger a snap election. Others look to 2022 when the next general election would take place. Given Labour’s success in the last one, they argue, the Party could quite easily win a majority in the next.

These things matter to private banks because their clients would inevitably face higher taxes if the Labour Party were to form a government in its present form. Private banks, in turn, will have less wealth to manage, and higher pressures to mitigate the effects of their leftist policies.

The Labour’s Party’s War on Wealth

These are not huge hikes, but what Labour’s leaders have suggested since is seriously unsettling to anybody with wealth: Inheritance, income, stamp duty, capital gains and even gardens could face higher taxes.

More chilling still are hints of a wealth tax from the shadow chancellor, John McDonnell. Few have forgotten his keenness for a one-off wealth tax of 20% in 2012.

Then there are the indirect effects on investors. Labour plans to nationalise railway, water and energy companies. Shareholders could lose out if they do, so will any fund invested in infrastructure.

And these are just the known views of the Labour Party. There could be more given recent rhetoric: Only last year at the Labour Party conference, Jeremy Corbyn said, “The very richest in our society have had tax breaks, giveaways, and tax havens. I tell you what, they’re on borrowed time.”

HNWIs are feeling the heat

Hearing Corbyn’s warning, many wealthy in the UK are now fearful. In a poll of HNWIs last year, 42% of respondents said a change of government was their biggest financial concern. With the demise of the Liberal Democrat Party, there can only be one outcome to a ‘change of government’ in the UK.

British wealth manager Sanderson House, which conducted the survey of 200 wealthy residents, said, “fears over a change of government largely relate to the prospect of a radically changed tax landscape under a Corbyn-led Labour government.”

A change of government is now such a concern among wealthy individuals that it has eclipsed Brexit, says David Durlacher, head of Julius Baer International. “I can’t remember when Brexit came up as a major question from a client. Their big concerns are… whether there is the potential for political change in the domestic situation.

“Clearly there is a very different type of politics that’s in play between the two [political parties]. Those are the areas that are being bought up more than Brexit.”

“It becomes [an issue] around tax, domicile and a lot of the ways in which HNWIs structure their affairs.”

Here are just some of the ways HNWIs are ‘structuring their affairs’ according to people PBI interviewed on the matter.

How to Corbyn-proof your wealth

Changing domicile might be a more extreme response to a change of government. But it is now a straightforward one given the number of investor visas currently available around the world.

“Among the most popular and prominent choices for those Brits hedging their future is the Portuguese program due to the lower investment requirement (€350K- €500k) compared to other programs such as Cyprus and Malta (€1.2m plus),” says Particia Casaburi, the CEO of Global Citizen Solutions, which specializes in second citizenships.

Other countries that might be considered include France, Italy and Monaco, which have all upped their efforts to attract the wealthy. (Or, in France’s case, re-attract wealthy: Many rich French left for Britain and other countries after the harsh wealth taxes imposed by former president François Hollande.)

Applicants for residency in Jersey were up 27% between 2016 and 2017. Most cited the threat of a Corbyn government as their reason for residency, Clifford Wilson, a partner at Wilsons told the FT. However, Corbyn has already hit out against Crown Dependencies – of which Jersey is one – saying the government should impose direct orders to stop them acting as tax havens. 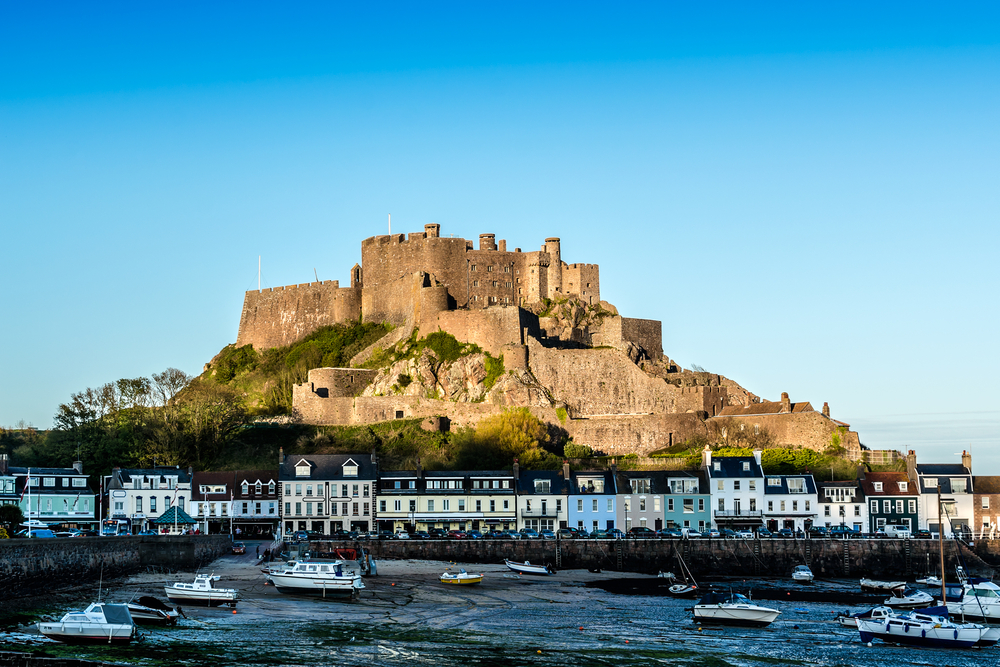 “We see on-going instability and turbulence. I still think the Pound [Stirling] is going to be under-pressure. And added to that the prospect of a Corbyn government we might in for a bad year.” That is the view of Jon Goss, head of private clients at forex trader Argentex. He believes that HNWIs should consider currency hedging the same way that any business might.

But it is not only the seriously wealthy who need to take currency into consideration. Anybody with an asset abroad – such as a second home – needs to think about how they will meet future expenditure.

If the Stirling reaches parity with the Euro – as Goss believes it will – taking currency out of the country will be much more expensive.

According to the Investment Association, £10 billion has been withdrawn from UK equity funds in the last two years. Though most of the withdrawals took place immediately after the Brexit vote, roughly two of the £10 billion has been moved since June when fears of a snap election started to mount.

The fall in these shares drags with them the infrastructure investment funds as well as the ETFs that track them.

But it would not only be infrastructure equities that would suffer under a Labour government. Plans nationalise railways and other projects require big borrowing, which would in turn increase bond-yields. Therefore, money that is currently invested in ‘bond-proxie’ stocks would find its way back to bonds. Bond-proxies are normally fast moving consumer goods companies, which have the highest dividend yields. 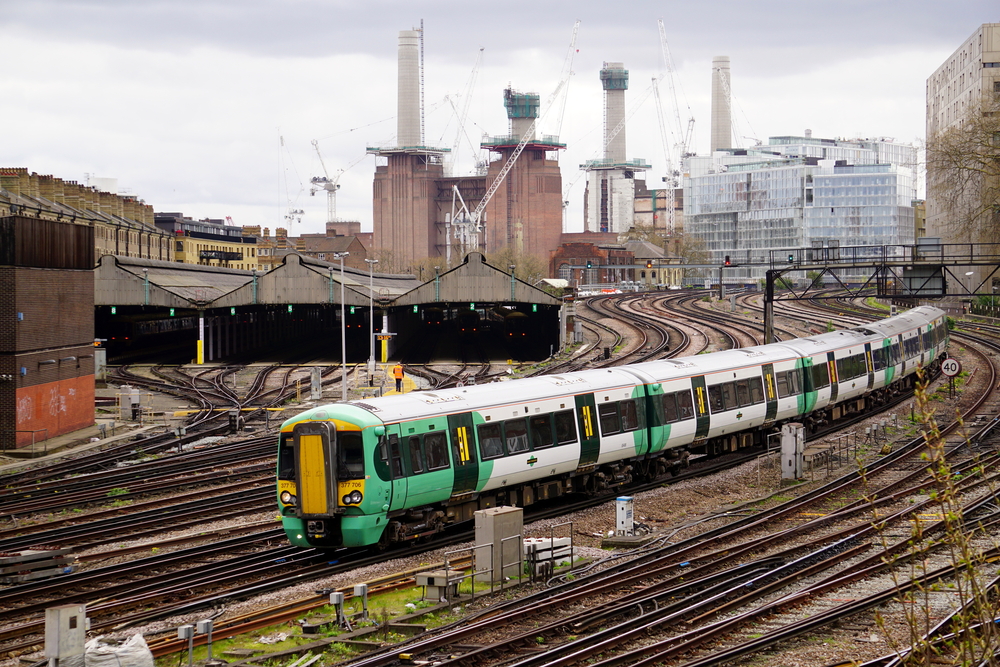 “I had a question last week from someone they very worried about Corbyn coming in so transferred their pension to a QROPS [Qualifying Recognised Overseas Pension Scheme]”, said Penny Cogher a partner at Irwin Mitchell, a solicitor firm.

With the higher-rate tax relief on pensions under threat, HNWIs are looking at a number of ways to secure their pensions. One of these is the QROPS system, which allow pensions to be transferred abroad.

But many HNWIs looking at retirement are not worried about their future so much as their children’s. Inheritance is something that has come under repeated fire by the Labour Party, and one that is likely to be taxed more.

Pre-empting this, many HNWIs are transferring assets and wealth to their children earlier than any planned succession date. Some assets that have no obvious succession route are being offloaded in order to lock in the current low rates of capital gains tax.

Many HNWIs using trusts for succession will be reconsidering these as well. Labour said it wants a public disclosure of trusts, something that would draw unwanted public attention to their beneficiaries. Trusts, the party believes, are “a key vehicle for tax avoidance and illicit financial flows”.

House prices in central London are already down. Prices in London’s most expensive postcodes have fallen by 13.6% in the three months to October according to data group LonRes. Estate agent Savills have recorded a drop of 18.4% from previous highs in 2014.

This is causing some prospective buyers to sit out the current lapse by renting, rather than buying property in the capital. 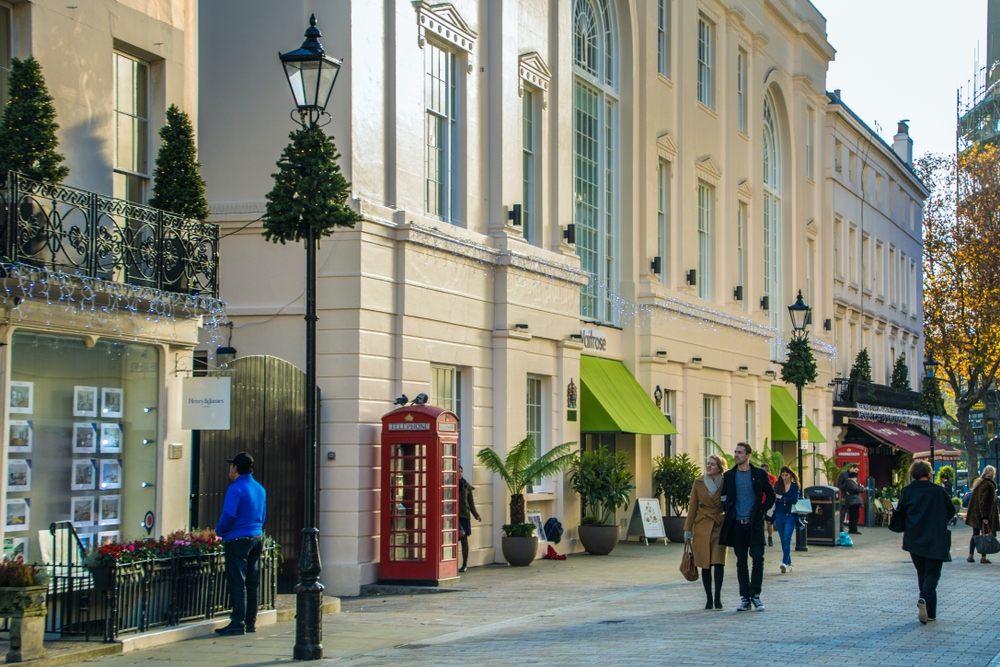 Is it really worth it?

Given the current political turmoil, a Labour government is just one of the many political scenarios that HNWIs need to plan for.

“I do think there’s an increasingly high risk of a change in government or a significantly weaker Tory Party or maybe a coalition,” says Tholet. “You will have infighting and bureaucracy and points of principle being debated rather than points of action and I think that’s what people are more worried about”

Politics aside, there is increased public support for higher wealth taxes and scrutiny on foreign wealth, suggesting some of these policies might be implemented regardless of who is in power.

HNWIs currently concerned with Brexit should not forget that the process is inextricable any change of government. As Tholet states: “A pre-stage for would be the Tories completely messing up Brexit.”